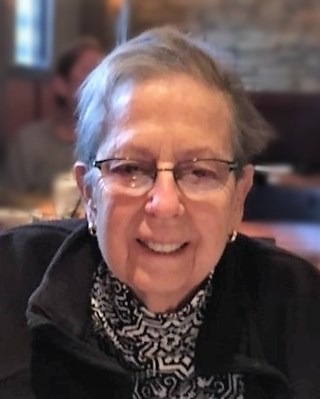 Farmington Hills - 79, passed away July 12, 2019, in the comfort of her home surrounded by family members. After teaching in Royal Oak for seventeen years, Zan was hired as a Uniserv Director for the Michigan Education Association. She was a passionate advocate of public schools and a skilled negotiator. One of her biggest joys was to represent the school employees in Farmington. It was there that she built bridges and friendships with the administration and successfully bargained thirty-seven contracts. Zan was an avid reader, photographer and traveler. Whether it was a river cruise in Europe, a road trip (any where) or an island in the Caribbean, she loved to plan the next adventure. Zan is survived by her partner/wife Murphy Ayers; sister-in-law, Pat Alley; nieces Delinda (Jim Davis), Debbie (Gary Smith), Nancy (Terry McColloch), and Janet (Stony Jackson); and nephews, Lehman (Angela) Alley and Tucker (Christy) Alley, all residing in the Birmingham, Alabama, area. A celebration of Zan's life is planned for Wednesday, July 31, from 3-6 pm, at the Longacre House, 24705 Farmington Rd., Farmington Hills. Memorial contributions in Zan's name are suggested to the American Diabetes Association, diabetes.org. Arrangements entrusted to Heeney-Sundquist Funeral Home, Farmington (248-474-5200). heeney-sundquist.com