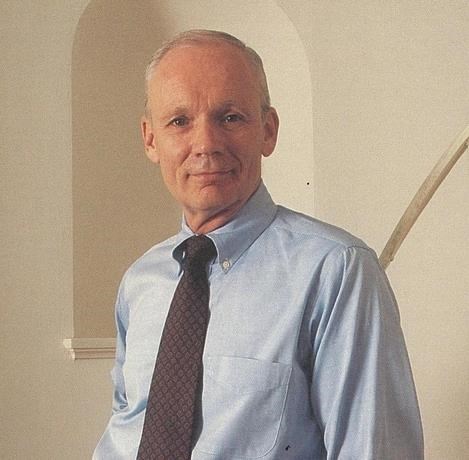 Dr. Holmes was born June 9, 1939, in Chicago, Illinois, the son of Conrad and Margaret Lambrecht Holmes. After high school he went to Northern Illinois University and earned a bachelor's degree in 1961. He completed his graduate work at Northwestern University, where he received a master's degree in 1963 and a Ph.D. in 1965. Dr. Holmes did his clinical psychology internship at Harvard University Medical School from 1963-1964.

After years of academic life at Northwestern University and the University of Texas at Austin, Dr. Holmes took a research position at the Educational Testing Service in Princeton, New Jersey, but soon realized that he missed teaching. In 1971, Dr. Holmes accepted a position at the University of Kansas in the Department of Psychology and, in a career that spanned over 43 years, taught thousands of students. He was known as a passionate teacher who was deeply dedicated to his students. He shared that enthusiasm not only in the classroom but when students would talk with him outside of class. He loved sharing with undergraduate students the basic foundations of psychology as well as exciting new findings and he was supportive as a mentor to students pursuing their Ph.D. research. He won many awards, both local and national, for his teaching, including the prestigious University of Kansas Chancellors Club Teaching Professorship. He was equally acclaimed for his best-selling textbooks and peer-reviewed research publications, which numbered more than 120.

David led an active life that included regular exercise, especially swimming and running. In addition to psychology, David had many other interests. He appreciated art and looked forward to visiting the Nelson-Atkins Museum of Art as well as art fairs in the Kansas City area. Music and the theatre were important to him and he delighted in going to the symphony and to other performances at the Kauffman Center. David also loved to read and would eagerly pick up a new book or re-read an old favorite and he enjoyed cooking and was especially proud of his homemade pasta. His interest in architecture inspired his home remodeling and many woodworking projects.

Survivors include his close friend, Kristin Scott of Lawrence; one sister, Ardith Kanabay and husband Bob of Hinsdale, Illinois; five nieces and a nephew, Jodie, Melinda, Stacey, Sabrina, Sharon, and Robert; colleague and long-time friend, Tom Burish and wife Pam of Granger, Indiana; former students, Rochelle Harris, Dave Bennett, Abbie Ellicott, Randy Frost, Barb Reinke, and many others too numerous to name and whom he appreciated greatly; and many colleagues and friends.

Dr. Holmes is preceded in death by his parents; one sister, Kelly; and one brother, Terry.

Condolences may be sent at rumsey-yost.com.

Published by Lawrence Journal-World on Jan. 9, 2022.
To plant trees in memory, please visit the Sympathy Store.
MEMORIAL EVENTS
To offer your sympathy during this difficult time, you can now have memorial trees planted in a National Forest in memory of your loved one.
Funeral services provided by:
Rumsey-Yost Funeral Home & Crematory
MAKE A DONATION
MEMORIES & CONDOLENCES
4 Entries
David was my instructor and then we became friends. From our conversations together, David's greatest love and reason for putting his feet on the floor every morning was the classroom. He loved the arts and good conversation, but the classroom was his reason for breathing. He left behind a personalized legacy for each individual who had the opportunity to know him. I will miss you David. Give Larry my best as you both can now enjoy heavenly lunches and great conversation.
Mary Pitman
January 16, 2022
With his students David demanded a lot and cared generously in equal measure.
Barb Reinke
January 9, 2022
It is impossible to articulate the depth of the role David played in my life, as a mentor during my time at KU and a steadfast supporter of the path I chose professionally. I love the picture of him, standing in front of the nook in his Westwood home - it is so David! He always had the same mischievous grin and twinkle in his eye. He and I would tease each other about our Chicago origins and the fact that our high schools were big rivals. I hate the physical separations caused in all of our lives by this pandemic but know that the fond memories of times spent him will always remain.
Rochelle Harris
January 9, 2022
My heart felt condolences to the family, friends, students, and colleagues of David. He was an excellent large class teacher and a wonderful mentor of his graduate students. He had strong opinions and commitments and communicated them directly and forcefully. I appreciated his many strengths.
Dennis Karpowitz
Work
January 9, 2022
Showing 1 - 4 of 4 results