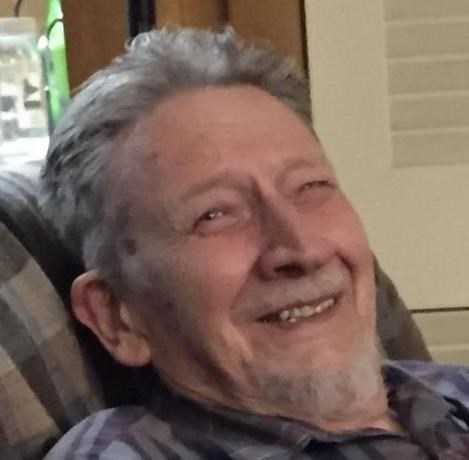 The life of Earl Justin Schweppe, 94, Lawrence, ended on November 6th of 2021 at Lawrence Memorial Hospital. Earl was born on September 28 of 1927 in Trenton, Missouri to Edward and Dora Schweppe. He met Mary Virgene Woolston on a blind date in February 1948 dancing to Carmen Cavallaro and was smitten. They married on June 29 of the same year in Kansas City, Kansas.

In 1950 Mary and Earl moved to Urbana, Illinois, where their children were born in 1950,1952, and 1955 at Carle Memorial Hospital while Earl was earning an MS and PhD in Mathematics at the University of Illinois. This was followed by two years in Lincoln, Nebraska, four in Ames, Iowa, seven in Silver Spring, Maryland, and in the summer of 1968 they moved to Lawrence, KS where he assumed the position of chair of the new Computer Science department.

After WWII, Earl remained in Naval Reserves for 20 years. Thursday nights he would come home from training duty and spend the rest of the evening playing with the kids. One summer he built a wooden car top carrier for the '55 blue and white Chevy station wagon, added seat belts, and with Mary made a mattress to fit the back of the car. They took a trip to his Naval training duty in California, along with a visit to his brother, Joe, camping in all the National Parks west of the Mississippi with the 3 kids. He carved wooden knives for each one with their names engraved.

In 1964 Earl became a member of the ACM National Curriculum Committee on Computer Science which was charged to develop a computer science curriculum for colleges and universities. An NSF grant supported him as Secretary of the committee to refine the results into a formal publication. He and Mary, a volunteer, worked for three years on this endeavor attending numerous national meetings along the way. His work laid the foundation for developing CS programs across the country and around the world incorporating contributions from about a hundred scholars and experts. "Curriculum 68: Recommendations for Academic Programs in Computer Science" appeared in the March 1968 issue of the Communications of ACM.

The curriculum was inserted into the catalog of the University of Kansas in April of 1968--probably the first college to implement it--under his guidance as Chair and by September some nine hundred students were sitting in classes based on it. Earl continued teaching at KU until the age of 73. He guided many students to leadership positions in the field.

Earl was so thankful that both Mary and teaching Computer Science were a part of his life. He kept a picture of Mary in his shirt pocket and, at every opportunity, told stories about their life together. They were always seen holding hands throughout their65 years of marriage. He loved teaching and his passion for it often found him working late. He treasured the hardware, the software, anything written on the subject, and other artifacts related to computing. He brought part of his collection to an ACM SIGGRAPH 1998 Conference and we hope that some of those treasures will live on.

Earl is survived by: Marla, her son Devin with wife Annie (and soon great grandson) in Seattle; Eric in Lawrence with Donna Eades and her children Isabel and Jack; and Roger and wife Darlene in Topeka, their sons and wives in Mission, KS Justin with wife Janelle Bachand, and in Lawrence, Derick and wife Amy and great granddaughter Vera. He was predeceased by his wife Mary, his parents and brother Joe from Houston.

Earl and Mary were Friends of the Lawrence Public Library for nearly four decades contributing in a variety of areas. Additionally, Earl taught ham radio classes at the library and enjoyed membership in the Douglas County Amateur Radio Club (WØUK).

Contributions may be made to the Friends of the LPL, 700 New Hampshire 66044.

An informal Celebration of Life for Earl will be held at Carnegie Hall, 200 W 9th Street, Lawrence, KS on January 22 of 2022 from 2:00 to 4:00 PM. Some remarks about his life will be offered at 11 and 1. There will be music--including dance music from the 1940s. Refreshments will be available and you may bring a covered dish for a luncheon at noontide--an old country custom. You may come and go as long as you please.

Condolences may be sent to [email protected] 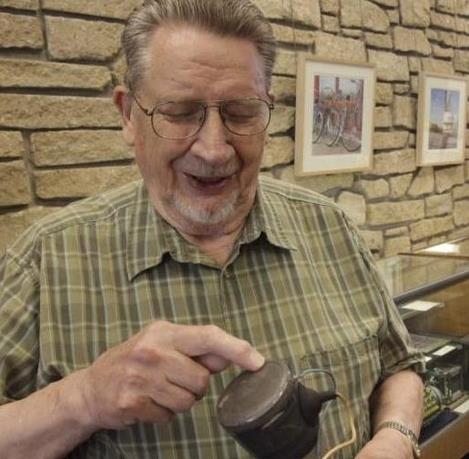 Published by Lawrence Journal-World on Nov. 21, 2021.
To plant trees in memory, please visit the Sympathy Store.
MEMORIAL EVENTS
Jan
22
Celebration of Life
2:00p.m. - 4:00p.m.
Carnegie Hall,
200 W 9th Street,, Lawrence, KS
MAKE A DONATION
MEMORIES & CONDOLENCES
2 Entries
What a wonderful eulogy. It appears that he had a wonderful life. We enjoyed meeting him however briefly. It wasn't hard to see that he was a fine, caring soul. Much love and condolences to the family.
Joe Skeeba/ Leslie Reynard
Other
November 25, 2021
Earl was a pioneer who inspired my brother, Lance, to a lifetime pursuit of computer graphics. I took a class from Earl before I learned of their connection and Lance returned to speak to an assembly of Earl's students that filled an auditorium I didn't know existed in Strong Hall. I think it helped my grade in the class - -but he lived the life of computers on the cutting edge of all that transpired from tubes to AI. He was always cheerful and a staunch supporter of the Hillcrest neighborhood Association - championing a library box near the Stratford Tower Park at the junction of Oxford Road and Hillcrest. He was a thoughtful and good natured mentor, teacher, and neighbor and had an exemplary life. Heartfelt condolences to the family!
Sean Williams
Friend
November 22, 2021
Showing 1 - 2 of 2 results