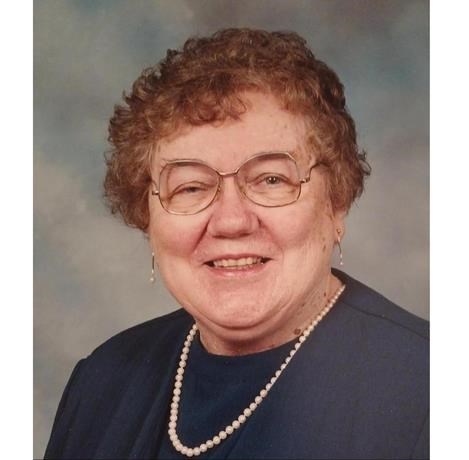 She was born Nov. 7, 1926 in Centerview, KS, the daughter of Charles O. McClaren and Bernice (Harp) McClaren. In 1944 Enola graduated from Centerview HS. In 1948 she received her BA from Southwestern College in Winfield, KS. Enola later earned her master's degree at Emporia State. On August 14, 1948, Enola married Lowell Gish at Lewis, KS. They were married for 52 years. Enola became a high school teacher in 1948 and taught home economics for over 20 years.

In the 1970s, Enola emerged as a leader in the quilting world. She founded the Maple Leaf Quilt Show in Baldwin City and directed it for 25 years. Her long-running newspaper column, "The Quilt Lady," was another means to showcase quilters and their quilts. Enola was one of the founders of the Kaw Valley Quilters Guild and logged nearly 9,000 miles to find quilts for the 1978 Kansas Quilt Symposium. Enola taught numerous quilt classes throughout Kansas. She helped found the Kansas Quilters Organization and served as its first president, later becoming a Master Quilter in the Kansas Folk Art Apprenticeship Program.

Enola was preceded in death by her husband, Dr. Lowell Gish; her parents; and a brother, Charles George McClaren.

A memorial service will be held at a later date. Memorial contributions may be made to Maple Leaf Quilt Show Committee, Baldwin First United Methodist Church, or Douglas County Meals on Wheels and sent c/o Lamb-Roberts-Price Funeral Home, P.O. Box 64, Baldwin City, KS 66006. Condolences may be sent to the family through www.lamb-roberts.com.
Published by Lawrence Journal-World on Jan. 9, 2022.
To plant trees in memory, please visit the Sympathy Store.
MEMORIAL EVENTS
To offer your sympathy during this difficult time, you can now have memorial trees planted in a National Forest in memory of your loved one.
Funeral services provided by:
Lamb-Roberts-Price Funeral Home - Baldwin City
MAKE A DONATION
MEMORIES & CONDOLENCES
1 Entry
For the family of Enola Gish: I regret your Mother's passing. She was a wonderful quilt teacher. Enjoyed many Monday evenings at her dining room table, sewing quilt blocks, etc. I live in Bartlesville, OK now.
Donna Rose
January 9, 2022
Showing 1 - 1 of 1 results