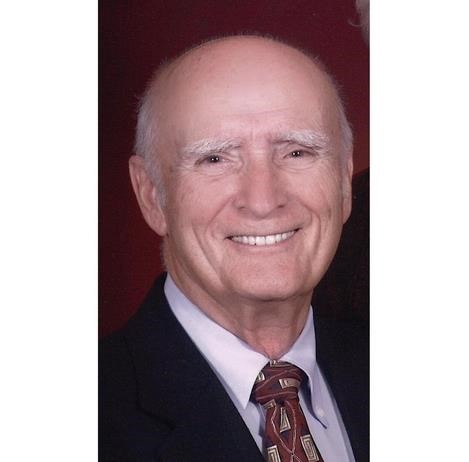 Frank was born on November 4, 1933, in Memphis, MO, the son of Paul J. and Leona M. (Hocker) Alexander. He married Betty J. St. Clair on September 27, 1951, in Downing MO. He and Betty relocated to Lawrence, KS in 1953 where they established their home for approximately 7 decades. Frank was an Insurance Professional that achieved his CLU and CFC and was well known and respected for his service to both his clients and community. He worked tirelessly to help his clients and friends protect both life and property against unforeseen risks and to make their quest for a secure future a reality. Frank never turned down an opportunity to help anyone that could use his assistance in their efforts to succeed and make a contribution to their family and community. Frank was a champion of the "little guy" and was dedicated to making their lives better.

Memorial contributions may be made in Frank's name to Centenary United Methodist Church or the Lawrence Memorial Hospital Foundation and may be sent in care of Warren-McElwain Mortuary, 120 W. 13th Street, Lawrence, KS 66044.

Published by Lawrence Journal-World on Nov. 14, 2021.
To plant trees in memory, please visit the Sympathy Store.
MEMORIAL EVENTS
Nov
15
Visitation
5:00p.m. - 7:00p.m.
Warren-McElwain Mortuary Lawrence Chapel
120 West 13th, Lawrence, KS
Nov
16
Funeral service
11:00a.m.
Centenary United Methodist Church
245 North 4th St., Lawrence, KS
Funeral services provided by:
Warren-McElwain Mortuary Lawrence Chapel
MAKE A DONATION
MEMORIES & CONDOLENCES
6 Entries
I was a Cosmo friend of Franks. I am also a neighbor up the hill. Very sorry I missed the service. A fault of no longer being a Cosmo or taking the paper. I always enjoyed sitting with Frank at breakfast. He was a wonderful man. Always kind and pleasant. He will be missed
Frank Rodkey
Friend
November 17, 2021
Betty & Family - We are extremely sorry for your loss. Frank was a good man and will be missed. Kerry & Stacy Reder
Kerry & Stacy Reder
Friend
November 15, 2021
So sorry to read of Franks passing, he was my insurance man for 40 years...
Rose Sieber
November 13, 2021
Betty, Frank was always special to me- a kind, wonderful gentleman. May God bless you and your family. Paul Morte
Paul Morte
Friend
November 13, 2021
Frank will be dearly missed by the coffee gang and I from McDonalds. Frank was my Insurance man for years until he retired. I will miss talking with him about hunting adventures when he was having coffee with Tammy & Don. Frank was one of the nicest, caring people I ever met. He went out of his way to ask how my late parapalegic wife was doing and a tears would come from his eyes and when she was with me having coffee, he always took the time to come and talk to her. He always asked us & I if we needed anything. He was just a standup guy and I am proud to say I considered him a friend. See you again one day.
BILL BOYD
Friend
November 13, 2021
Our deepest sympathy to you, Betty, as we remember Frank and the many years of a special friendship with you both. He will be dearly missed.
Stan & Lois
Friend
November 13, 2021
Showing 1 - 6 of 6 results