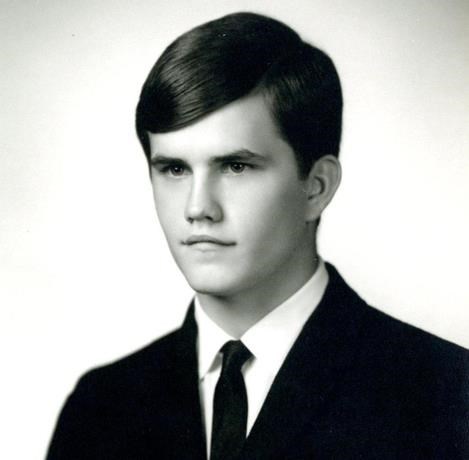 John graduated from Lawrence High School. He was an Air Force Veteran during the Vietnam War serving in South Korea and Japan. John, his mother and brothers operated Kennedy Glass in Lawrence for 68 years. He was a member of Corpus Christi Catholic Church in Lawrence.

A Celebration of John's Life will be held from 1:00 - 5:00 p.m. Saturday, November 20, 2021 at the Union Pacific Depot in Lawrence. Private inurnment will take place at a later date.

In lieu of flowers, memorial contributions may be given to the Lawrence Humane Society, 1805 E. 19th St., Lawrence, Kansas 66046.

To leave the family a special message online, please visit www.DoveTopeka.com.
Published by Lawrence Journal-World from Oct. 31 to Nov. 14, 2021.
To plant trees in memory, please visit the Sympathy Store.
MEMORIAL EVENTS
Nov
20
Celebration of Life
1:00p.m. - 5:00p.m.
Union Pacific Depot
Lawrence, KS
Funeral services provided by:
Dove Cremations & Funerals - Southeast Chapel
MAKE A DONATION
MEMORIES & CONDOLENCES
7 Entries
As the days and weeks pass, and as you return to life's routine, may you continue to feel comforted by the love and support of family and friends.
Sara J. Gillahan
Friend
November 18, 2021
Losing John was like losing a brother. We will always have our memories but miss hearing his laughter. Prayers of comfort to his family.
Jennifer Riddle
November 15, 2021
Condolences to the Kennedy family . Johhny was a neighbor on Indiana St . We rode our bikes with our fishing poles to ponds and the Kansas River . I can remember we caught a huge channel cat in a pond across from Hallmark's . I can remember Johnny and Marty were off to the Viet Nam war . Good fella , good citizen , from a good family . RIP John
Philip A Hodson
Other
November 14, 2021
Sally, Richie and family, I am so sorry for your loss. John was such a kind a gentle person. May God be with all of you.
Mary LeGresley
November 6, 2021
I am so sorry for your family's loss. I hold the Kennedy family in highest esteem. My thoughts and prayers are with all of you.
Terri Bysom Stringer
November 3, 2021
So sorry for your loss.
Joe Skeeba
November 1, 2021
John will forever hold a special place in our family.
Kenny and Pam Terrones
October 31, 2021
Showing 1 - 7 of 7 results