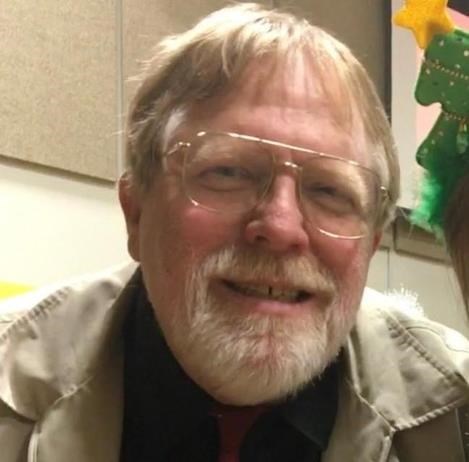 BORN
1954
DIED
2022
FUNERAL HOME
Rumsey-Yost Funeral Home & Crematory
601 Indiana St
Lawrence, KS
Kenneth (Ken) Dale Emde of Lawrence, KS, died Wednesday, January 5, 2022, at Lawrence Memorial Hospital. Ken was born in Washington, IA, June 29, 1954, to David and Phyllis Emde. He spent most of his youth in Manchester, IA. He attended the University of Northern Iowa in Cedar Falls and was awarded a BA in Music in 1977. Following college, Ken attended the Western Iowa Tech Community College in Sioux City, IA enrolling in the band instrument repair program. His first instrument repair position was at Bohart Music Co. in Kansas City, MO followed by a position at Wallick Music Co. in Pine Bluff, AR. After moving to Lawrence with his family in 1986, Ken opened his own business, Emde Music Shop, in Topeka, KS in 1987. He provided band instrument sales and repair to patrons and service to local schools and universities until 2014 when he retired. Through the years, he played upright bass, acoustic and electric guitars with various local groups.

Ken married Judith Zotika July 19, 1975, in Cresco, IA. They had one daughter born in 1984 in Little Rock, AR. He is survived by his wife, daughter Sara (Cristian Arancibia) Emde; granddaughters, Mia and Ava of Topeka, KS. Other survivors include sister, Karla (Fred) Rossow and niece, Evelyn (Ryan) Rush of Cedar Rapids, IA; a sister-in-law, nephew, niece, and four great-nephews and nieces. His four-legged survivors include dogs, Suzy and Buddy.

Ken's sometimes inappropriate humor, his knowledge of obscure music and musicians, his commitment to family, and his love of life will always be remembered.

A private ceremony will be held this summer. Online condolences may be sent at www.rumsey-yost.com. Memorials may be sent to a charity of your choice.

Published by Lawrence Journal-World on Jan. 9, 2022.
To plant trees in memory, please visit the Sympathy Store.
MEMORIAL EVENTS
To offer your sympathy during this difficult time, you can now have memorial trees planted in a National Forest in memory of your loved one.
Funeral services provided by:
Rumsey-Yost Funeral Home & Crematory
MAKE A DONATION
Please consider a donation as requested by the family.
MEMORIES & CONDOLENCES
1 Entry
Judith's, so very sorry for your loss. Ken was a great neighbor who I enjoyed talking with at the mailbox. He will be missed.
Pat & Martha Beard
Friend
January 7, 2022
Showing 1 - 1 of 1 results