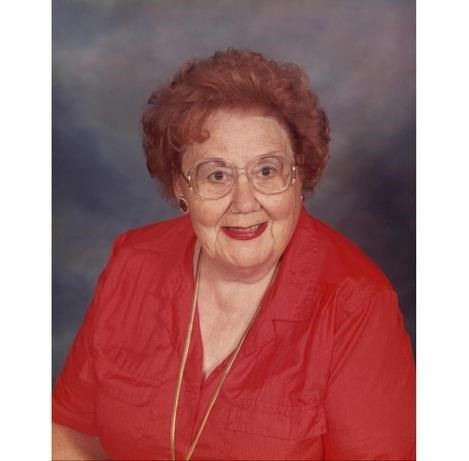 Maggie was a loving wife, mother, grandmother, and great-grandmother who traveled the world and relished life each and every day. She genuinely cared about people and actively sought out and distinguished herself in leadership positions. She enjoyed regaling others with stories of her life's adventures.

As a child, Maggie attended various schools and colleges around London. During World War II, she joined the Women's Auxiliary Air Force in 1943 at the age of seventeen. Upon completion of military drill at Innsworth Lane, Gloucester, Maggie was assigned to be Clerk Special Duties in Bomber Command in the Intelligence Section of Middleton St. George, Royal Canadian Air Force. Maggie was then stationed at RCAF Croft until the end of World War II.

After the war ended, Maggie volunteered for overseas service and was assigned to the British Air Forces of Occupation in Bad Eilsen, Germany. She worked in the Air Traffic Control Center. During the Berlin Airlift, Maggie met her future husband, John (Jack) Clifford Mahoney of Shaker Heights, Ohio. Jack worked in the Frankfurt Air Traffic Control Center and met his future wife Maggie over the radio. Maggie and Jack were married by the Frankfurt Burger Meister on February 25, 1949.

Following their assignment in Germany, Jack's military career took both him and Maggie around the world. It was at Kadena AB in Japan that Maggie embraced the Catholic faith. Along the way, her three children were born. In Maine, Maggie became a Girl Scout troop organizer and was responsible for a television program that reported on international girl scouting.

During Jack's last military assignment at Grand Forks AFB in North Dakota, Maggie began her professional Girl Scout career as a Field Director and Trainer. Now, it was Jack's turn to follow Maggie in her Girl Scout career. She served as a Field Director and Master Trainer in Savannah, Georgia; Executive Director of the Northern Lakes Girl Scout Council in Hibbing, Minnesota; and Executive Director of the Central Kansas Girl Scout Council in Salina, Kansas. They lived in Salina for 10 years before her retirement. Three months after retiring, she was requested to serve as an Interim Director for the Girl Scout Headquarters, which she did for 9 years. Maggie was a member of the Association of Girl Scout Executive Staff for 35 years. In Salina, Maggie also became a life-long member of the Rotary Club. Jack and Maggie moved to Leavenworth, Kansas in 1993.

Jack passed away in June 1995 and was buried at Fort Leavenworth National Cemetery. Eventually, Maggie moved to Lawrence, KS to be closer to family. Maggie has served her community as a member of the Board of Directors for the American Red Cross Chapter; a volunteer with the United Way; a member of the Board of Directors for the Salvation Army; and a member on the program board of Catholic Charities. In Rotary, she served on the Board of Directors, as President, and as an Assistant Governor. She also served her church St. Casimirs in Leavenworth as secretary of the Finance Committee and as a Eucharistic Minster and reader. Maggie was a Eucharistic Minister and reader for her current church, Corpus Christi Catholic Church, in Lawrence.

A Mass of Christian Burial will be held at Corpus Christi Catholic Church in Lawrence on Monday, January 17, 2022 at 10 a.m. There will be no visitation and COVID protocols should be followed. Interment will be a private family event at the Fort Leavenworth National Cemetery.

It was a good, long life – blessed with a loving family and filled with wonderful adventures to treasure!

For more information or to post a condolence, go to warrenmcelwain.com.