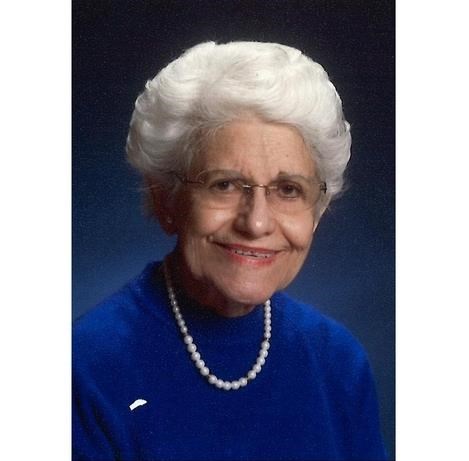 Marianne was born in St. Louis, Missouri on September 10, 1921, the daughter of Henry and Anna C. (Bachman) Mueller.

During World War II, Marianne was employed by Missouri Pacific Railroad as a secretary in the operations department and later as a "classified employee" reporting on the troop trains and prisoners of war traveling on MOPAC lines.

On April 12, 1947, she married Milton John Kessler in St. Louis. They lived in St. Louis County and Marianne enjoyed being a homemaker and entertaining. She took a position in the Export Department with Sunnen Products Company. In 1969 she took a position with White-Rodgers, a division of Emerson Electric Company as Executive Secretary. She was a member and president of Professional Women's Club of South County St. Louis for many years. She retired from White-Rodgers in 1981. Milton and Marianne moved to Sun City, AZ

They enjoyed volunteering with various organizations in several philanthropic projects benefiting the community until December 2007 when Milton suddenly passed away because of a heart attack.

Marianne moved to Lawrence, KS in July of 2008 to be close to her daughter and family. One of my proudest achievements was that during my second year at Roosevelt High School in St. Louis, she formed a Sub-Deb Club in connection with department store members having lessons in social skills, proper etiquette, fashion, etc. As members matured, they had meetings twice a month at their homes and called it "The Club" Membership grew through the years and during World War II they had 40 members. Many members volunteered in hospitals for the Red Cross, etc. Members enjoyed many activities, Mother's Day Dinners and friendship and support through the years of marriage, family life, bereavement and retirement. Today there are two surviving members.

Memorial contributions may be made in her name to the Lawrence Humane Society in Lawrence, Kansas and may be sent in care of Warren-McElwain Mortuary, 120 W. 13th Street, Lawrence, KS. 66044.