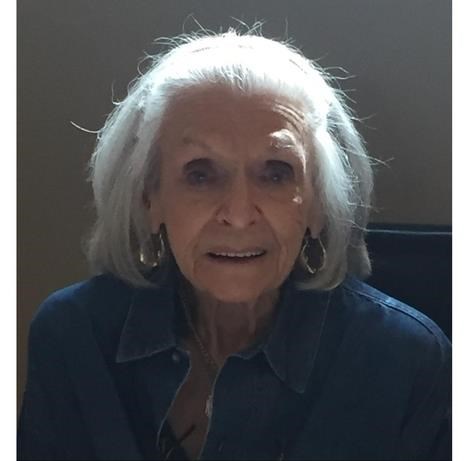 Rosemary was born on October 16, 1927 in San Antonio, Texas, the daughter of Emilio and Rosemary Agnes Lozano. She attended St. Mary's Catholic schools and Trinity University in San Antonio.

She married Robert Adam Kay on November 22, 1955 in Lawrence, KS. He preceded her in death in 2002. Rosemary and Robert previously owned and operated Aransas Butane and Propane Company in Rockport, Texas and the Westside 66 gas station in Lawrence, Kansas.

Robert and Rosemary were long time enthusiastic supporters of the Sports Car Club of America. They belonged to SCCA clubs in Texas, Kansas and Missouri. Rosemary loved being around people and reminiscing. She was an avid reader and story teller.

The family is grateful for the loving care Rosemary received from Douglas County Visiting Nurses Hospice Care and the Pioneer Ridge Nursing facility.

In lieu of flowers, donations to Douglas County Visiting Nurses are requested and may be sent in care of Warren-McElwain Mortuary, 120 W. 13th Street, Lawrence, KS 66044.