BORN
1929
DIED
2021
Clifford Goehring was born on November 8, 1929, at home, to Philip John & Christina Goehring in Victor, California, as the eighth of nine children, and went home to be with the Lord on September 9, 2021.
After his birth, his parents enrolled him in the Cradle Roll Department of the German Baptist Sunday School, now the First Baptist Church of Lodi, where he ultimately became a member and faithfully attended his entire life, until his physical infirmities prevented him. He loved the Lord Jesus Christ and faithfully served him.
As a youth, he attended Alpine Victor Elementary School and worked on his family's farm. He graduated from Lodi High School in 1948 and subsequently enrolled at Stanford University at the urging of his brother, Victor Goehring.
He attended Stanford from 1948 to 1950 and notably was a manager for the football team in 1949. He then enlisted in the United States Air Force, where he served from 1951 to 1954, primarily in a guided missile unit, and was honorably discharged as a Staff Sergeant. He reenrolled at Stanford University and finished his Bachelor of Arts Degree in Economics in 1957.
After graduating, he went to work with his siblings in the family meat packing business, Goehring Meat Co., founded by their father, Philip John Goehring, where he served as Vice President and Sales Manager from 1957 to 1990. The family business employed hundreds of people locally and sold product primarily in California but also throughout the western United States, Midwest, and Hawaii.
The Lord mightily used his humble servant, Clifford Goehring, to accomplish significant things during his lifetime.
Following his involvement in the Barry Goldwater campaign for President in 1964, out of a love for liberty and concern that the country was headed in the direction of socialism, Clifford joined the John Birch Society (JBS), an organization dedicated to preserving our Constitutional Republic.
He became a founding member of the Lodi Chapter of the JBS, where he served as chapter leader for more than 50 years. He also served as a member of the National Council for more than 20 years.
His involvement in the fight for freedom motivated him to volunteer in numerous political campaigns to elect people of character to office who loved America's heritage and Constitution.
He took seriously the saying that "To be born free is an accident; to live free a responsibility; and to die free an obligation."
In 1971, Clifford co-founded Mokelumne River School in Acampo with his brothers, Benjamin Goehring (and wife Shirley) and Elmer Goehring, and friends, Minnie Mehrten, Harold Lee, and Lucille Preszler, to provide a Christian education to elementary and later high school students with an emphasis on academics and America's spiritual and patriotic heritage.
For 40 years until 2011, he oversaw the school with the assistance of many dedicated parents, teachers, and staff and especially his brothers, Elmer Goehring and Benjamin Goehring. The school served hundreds of students locally, impacting their lives in a nurturing environment. "The fear of the Lord is the beginning of knowledge" (Proverbs 1:7) was and remained one of the school's guiding principles.
Although serving in many capacities, Clifford remained a faithful and devoted husband and father, giving time and attention to his family, never missing a family event or his children's activities and performances and dutifully looking out for their welfare.
Clifford was the last of his siblings to pass. He is preceded in death by his mother, Christina Goehring, his father, Philip John Goehring, both of whose families were part of the Germans from Russia immigration to the United States, and his siblings, Emma Goehring, Reuben Goehring, Benjamin Goehring, Elmer Goehring, Elsie Abeldt, Victor Goehring, Harold Goehring, and Levi Goehring.
He is survived by his wife, Karen Goehring, to whom he was married for 53 years, his children, Gregory Patrick Goehring (Regina) and Nicole Alexandra Goehring, and grandchildren, Abigail Christina Goehring, Mercy Jeanne Goehring, Iona Liberty Goehring, Elisha David Goehring, Paul Clifford Goehring, Patrick Henry Goehring, and Unborn Baby Boy Goehring.
"And I heard a voice from heaven saying unto me, Write, Blessed are the dead which die in the Lord from henceforth: Yea, saith the Spirit, that they may rest from their labors; and their works do follow them." Revelation 14:13.
On September 22, 2021, a graveside service will be held at the Cherokee Memorial Park in Lodi at 9:30 am, followed by a memorial service at the First Baptist Church of Lodi at 11 am, with a lunch reception to follow.
Published by Lodi-News Sentinel from Sep. 16 to Sep. 22, 2021.
To plant trees in memory, please visit the Sympathy Store.
MEMORIAL EVENTS
Sep
22
Memorial service
11:00a.m.
First Baptist Church of Lodi
CA
Sep
22
Graveside service
9:30a.m.
Cherokee Memorial Park
Lodi, CA
MAKE A DONATION
MEMORIES & CONDOLENCES
8 Entries
I moved to Ventura 5 years ago and decided to call Cliff today only to find he is gone. I met Cliff 30 years ago and what he and JBS taught me changed my life forever. Everything Cliff taught me and advised me to read has sadly come to pass. I'm so very sad I didn't call him before he left. God Bless Cliff and family Craig
Craig Stelck
December 9, 2021
Our condolences to Karen and family. Cliff was a great Christian and patriot and a great friend for 50 years
Charles & Linda Everett
Friend
October 28, 2021
I remember Cliff as a quiet man of great inner strength and conviction. With a strong faith in Jesus Christ and great love for the US Constitution, Cliff taught me much about what it means to be an American patriot. Cliff was a good influence on me while I knew him. My sympathies to the whole family. Pastor Ron Stauffer Groveland, FL
Ron Stauffer
Friend
September 25, 2021
I am so sorry to hear about Cliff´s passing. He can now meet up with Ted in Heaven for one of their many talks. Our family sends condolences to your family. Love, Maureen and Karen Hutz
Maureen Hutz
Friend
September 21, 2021 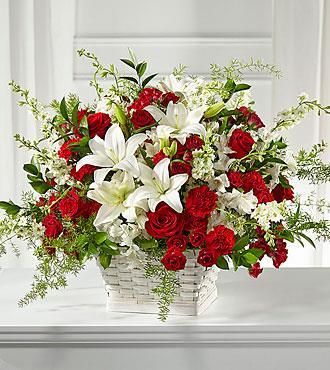 Calvary Reformed ChurchMembers
September 19, 2021
Although I never met Mr. Goehring, I´m convinced he must have been a wonderful man as he was married to the lovely Karen and Father to my wonderful friend Nicole. Rest In Peace Mr. Goehring. I know you will be greatly missed by so many.
Mary Burns (Ward)
September 18, 2021
Our deepest condolences to the family, Cliff was an inspirational man and we were blessed to meet him. May he RIP with the Lord Jesus. Hector & Patricia Galvan Lodi Ca
Pat Galvan
September 16, 2021
The Goehring family has been friends with the Zimmerman/Bertsch family for many years. As members of the First Baptist Church, we were connected through the Lord. RIP in his spirit Cliff.
Marc Zimmerman
Friend
September 16, 2021
Showing 1 - 8 of 8 results