BORN
1927
DIED
2021
Donald L. Linn was born on May 6, 1927, the second of four sons, to James and Blanch (Foote) Linn. Don served in the U.S. Navy toward the end of WW2, sailing the world's oceans, docking in exotic, foreign ports; a real eye-opener for a young man from rural Iowa. Upon returning to the United States, Don's ship anchored in San Diego, on a warm, sunny day in February.  He was amazed at the beautiful weather, a sharp contrast to the long, frigid winters of his native Iowa.  Vowing to return to California, Don went home, graduated from the University of Northern Iowa and taught school for a brief time, before marrying Elizabeth Ann Young of Mason City, Iowa.
In May of 1952, Don and Elizabeth moved to Modesto, California, where their three children Sarah, Amy and Tom were born. Don practiced as a certified public accountant in Modesto and Stockton, before moving to Lodi in 1970 to continue his practice on Pine Street. Very social people, Don and Elizabeth made many life-long friends, becoming active members of the Lodi community. They joined the First United Methodist Church, where Don facilitated "Warm Hearts," a monthly luncheon and social program for the elderly.  Don was also a member of the Lodi Lion's Club. Don always loved the outdoors, backpacking into the mountains of Yosemite and hiking the coast with close friends.
After retirement, Don spent many happy years in the LUSD Volunteer Reading Program, helping students at Parkview Terrace Elementary School. This brought Don great joy, for he loved children. If there was a baby in the room it was in his arms.
Following the loss of of his beloved Elizabeth, Don moved to O'Connor Woods, a retirement community in Stockton,  joining old friends and making special new ones.  He loved to sit in the sun on his patio, surrounded by his beautiful flowers, greeting all who passed by. In August of this year, Don moved to Soulsbyville, to live with his daughter Amy and husband John. There, Don passed away peacefully,  slipping from this world to the next, his family at his side.
Don is survived by daughter, Sarah (Michael) Alexander, Amy (John) Young; grandchildren, Spencer, Jessica, Aaron, Ashley and Anthony; and nine great-grandchildren. He is predeceased by his parents, Jim and Blanche; his brothers, Bob, Richard and Wendell; his wife, Elizabeth; and their dear son, Tom.
A lover of music, literature, good food and wine, friends and family, Donald Linn was an exceptional person. Loving, gentle, kind and steadfast, Don's sense of decency, honesty and fairness continues to be an example to live by, touching all of those who have had the fortune to know and love him. He was a true gentleman.
Sleep well dear Father.
Please sign the guest book at lodinews.com/guestbook.
Published by Lodi-News Sentinel from Oct. 9 to Oct. 15, 2021.
To plant trees in memory, please visit the Sympathy Store.
MEMORIAL EVENTS
To offer your sympathy during this difficult time, you can now have memorial trees planted in a National Forest in memory of your loved one.
MAKE A DONATION
MEMORIES & CONDOLENCES
3 Entries 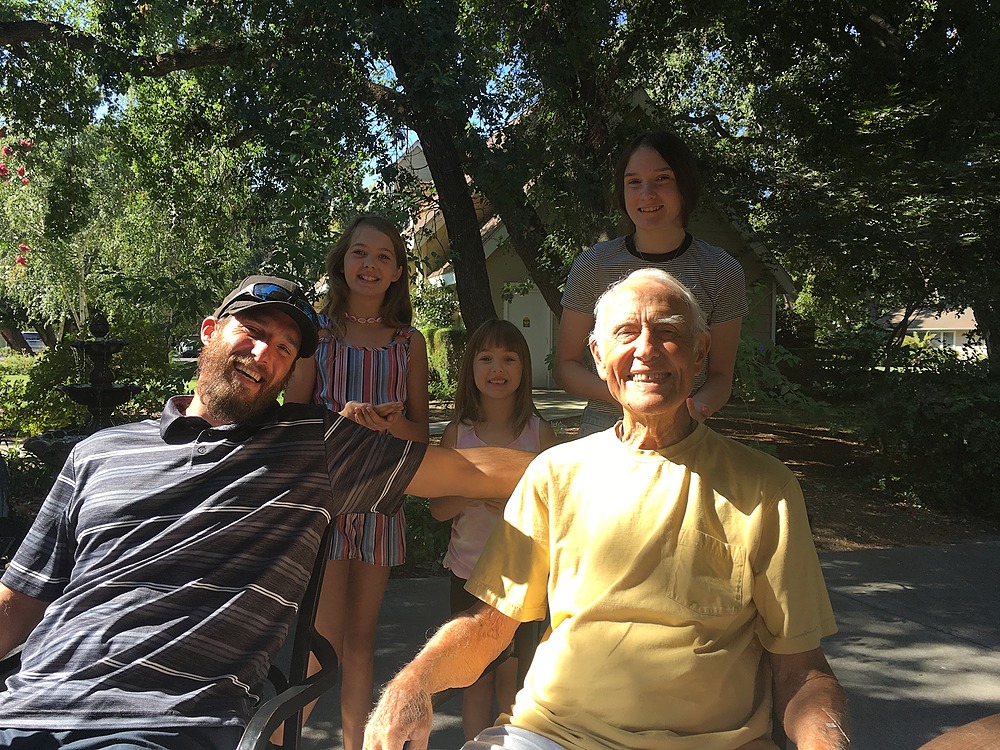 We all miss Don (Grandpa) every day. He was truly one of the greatest people I've ever known...Talking to Sarah this morning, she said the world felt safer with him in it. I completely understand & agree...So glad we were able to see him recently...Love & prayers to all, Niki, Anthony, Lucia, Audra & Jayla
Niki Linn
Family
December 3, 2021
There is so much we would like to say about your father, and your mother, but would add that your last complete paragraph of his obituary said it wonderfully. He was all that and more. We had all sorts of associations with him , and they each reinforced our thoughts and admiration of him. May he rest with his beloved Elizabeth and may each of you have proud and happy memories. Jan and Don
Dr. and Mrs. Donald Ritzman
October 11, 2021
I feel honored to have spent some time with Don in his later years and am very saddened by his passing.
Myra Mitzman
Friend
October 9, 2021
Showing 1 - 3 of 3 results