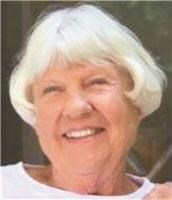 BORN
1929
DIED
2021
Vera Cook went home to be with her Lord and Savior in the early morning hours of October 2, 2021. She left this earth 43 days after her husband of 71 years, the love of her life, Lyle Cook, who passed into Heaven on August 19th, 2021. LaVera Hildenbrand was born on March 23, 1929 in North Dakota where the family emigrated from Russia. Parents John and Paulina later made the hard decision to leave their farm behind for a chance at a better life in California. A bittersweet move, they left a daughter named Annie, buried in Lehr, and all their animals. Speaking only German, Vera entered school in California where she quickly had to learn English with no special programs in place. She recounted how she was teased because of how she pronounced certain words. This spurred all the siblings to learn English very quickly which they did.
She married her high school sweetheart Lyle Cook in 1950, had two children and shortly thereafter moved into what she called her dream home on Glenhurst Drive in Lodi. Vera was a homemaker and also a caregiver for many children over the years. She poured all the love she had (which was a lot) into providing a secure place for many working mothers children, which they all appreciated so much. She loved them all like they were her own.
Vera became very active in Temple Baptist Church where she led Pioneer Girls and sang in the choir. Vera also went on to serve in different capacities at St. John's Episcopal and Cornerstone Churches and later, she and Lyle became members of Quail Lakes Baptist. She was also Prayer Advisor and an active member of Christian Women's Club and led many home Bible Studies over the years. Vera was always very sociable and loved meeting new people. She was always the first to welcome people into the neighborhood and was a Spiritual mentor to many women and encouraged them in their faith.
Vera's family was her joy and no sacrifice was too large when it came to the needs of her husband and children. She was the engine that kept it all running. She was mentor, prayer partner and life coach all in one. She also had a beautiful voice and she wouldn't hesitate to break into song wherever and whenever the mood struck her. Making a joyful noise was a Bible verse she not only read, but lived out.
All her life, Vera said of her kids, "I don't care how much education they get as long as they grow to know and love the Lord." That was what mattered most to her. She also loved camping in Yosemite. "Glamping" wasn't a term back in the sixties and seventies but she could've invented it. When she set up camp it was complete with throw rugs, curling irons and candles on the table. It was home.
Vera always loved flowers and nature and she would often remark about different things she observed on a daily basis. She was a tower of strength for her family.
Vera got her wish for a Grandchild in 2002. Her joy took on new life when Lauryn was born. When Lauryn started school she and Lyle became daytime caregivers. Each morning as they dropped Lauryn off at school Vera would never let her go without a prayer and a blessing.
Vera was able to attend the recent memorial of the husband she loved so much and see all her beloved friends and relatives shortly before she passed away. She leaves behind a son, Ron Cook; daughter, Lori Heyd; granddaughter, Lauryn Cook; and sister, Mayvis Kundert. Her generous spirit and laughter are greatly missed. Vera would encourage everyone to pay it forward by being a good friend and neighbor, and seek to know the Lord, who created all this beauty and wonder. Interment at Cherokee Memorial Park will be private.
Published by Lodi-News Sentinel from Oct. 13 to Oct. 19, 2021.
To plant trees in memory, please visit the Sympathy Store.
MEMORIAL EVENTS
To offer your sympathy during this difficult time, you can now have memorial trees planted in a National Forest in memory of your loved one.
MAKE A DONATION
MEMORIES & CONDOLENCES
4 Entries
I am so sorry to hear about your mom´s passing. Whenever I think Lodi City Swim Club or Lodi High your parents were always there. Now together in eternity. My sincere condolences to all, Karen and family
Karen Hutz
Friend
October 20, 2021
Vera and Lyle were my neighbors for many years, and they were the most admired neighbors. We often would stop and chat with them and enjoyed seeing the joy that their family brought to them. Our love and prayers go out to your family.
Mandi Eisenbeis
Friend
October 19, 2021
I miss you Mom!
Lori
Family
October 19, 2021
What a wonderful presence Lyle and Vera were on Glenhurst. They were like grandparents to all the younger couples who lived on the street. I remember one time in particular walking down and spending an afternoon with them hearing them tell stories of their lives and their most beloved Lauren. They are so special and will be missed
Wade and Odessa Stewart
October 15, 2021
Showing 1 - 4 of 4 results