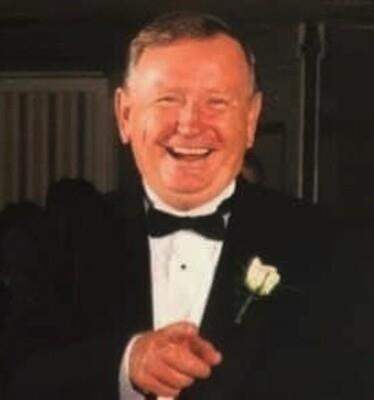 Pearl River - Francis ("Frank") Joseph Lange, 83, a resident of both Pearl River, NY, and St. Croix, USVI, passed away on July 9, 2021, at Sentara Norfolk General Hospital in Virginia. In the days before his passing, he was comforted by his family and friends.

Born in Brooklyn, NY, on March 30,1938 to his late parents Francis and Anna (McGahey) Lange, Frank was a graduate of Brooklyn Technical High School. In 1960 he received an Honorable Service Discharge from the U.S. Army and later attended Queens College. Frank retired from the New York Telephone Company/Verizon after 36 years of dedicated employment.

On November 21, 1964, Frank married the love of his life, Jean Marie Early in Bronx, NY. In addition to his loving wife, Frank is survived by his son Stephen (Karyn) of Rhinebeck, NY, his daughter Susan (David Makar) of Pearl River, NY; his precious grandsons William Francis and Jonathan Stephen; his siblings, Jeanne Gannon (Donald), Anne Marie Peterson (the late Brian), Dorothy Howard (the late Thomas), Joseph Lange (Jeanne), Paul Lange (Ann), as well as his cousins, and many nieces and nephews who affectionately refer to him as "UF" Uncle Frank. Frank was recently predeceased by his brother, Thomas Lange (Loretta).

Frank was an avid skier, fisherman, and golfer, who celebrated four holes-in-one. Frank shared his passion for golf with family and friends, primarily at Blue Hill Golf Course in Pearl River and, while in St. Croix, at Carambola Golf Club playing with "The Little Boys." He humored us with his tales of The Golf Ball Ghost and Shoot 'Em Straight Harry. Frank had served as President of Pearl River Midget Football and he and his wife were active volunteers in St. Croix at Victoria's Kitchen, a weekly breakfast program for the homeless and the needy where Frank took pride in his role as head dishwasher. Along with his niece Nicole, he held the honorary title of Mayor on family vacations to the Outer Banks, NC. Unequivocally, his greatest love was his family.


Published by The Journal News from Jul. 22 to Jul. 25, 2021.
To plant trees in memory, please visit the Sympathy Store.
MEMORIAL EVENTS
Jul
31
Mass of Christian Burial
10:00a.m.
St. Aedan's Church
23 S. Reld Drive, Pearl River, NY
MAKE A DONATION
Please consider a donation as requested by the family.
MEMORIES & CONDOLENCES
5 Entries
Our deepest sympathy. He will be sorely missed. All our love.
Artie & Rose Birnbaum
Family
July 28, 2021
RIP Frank, you will be missed but never forgotten. You were the Ambassador of the Little Boys and always ready for the next challenge. Prayers to Jean and the family, we all have been blessed to know such a great person.
Dave Condon
Friend
July 28, 2021
Frank was simply the best. Loved him from the very moment we met. And love him still. Jean, sending so much love your way. Mac and I are heartbroken.
Tara Winker
Friend
July 27, 2021
"Uncle" Frank will always be a best friend. I talked with him couple days before he passed. he was so happy to be going to NC outer banks for annual family vacation. he was the Mayor of the Carambola Condos and Golf Club in St Croix Virgin islands. Loved by all. He recruited me into the "Little Boys" golf group years ago. A best friend for ever.
Ron Clark
Friend
July 26, 2021
RIP Frank
John w Durkin
Family
July 25, 2021
Showing 1 - 5 of 5 results