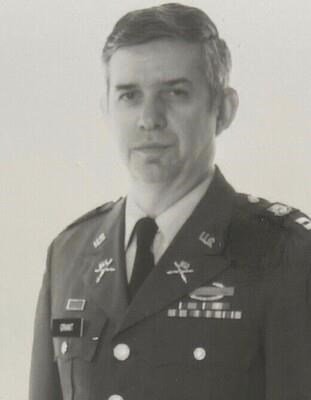 Dr. Richard Gordon Grant, Esq., 81, of Brewster, New York, passed away on August 18, 2020. He left us in peace and comfort despite his battles with cancer. He was independent until the very end, as he had always wanted. Dick, as he was often called, is survived by his wife of 53 years, Maryalice; and their four children, Richard Gordon Grant Jr. (Maureen), Robert Albert Grant (Colleen), Michael Dudley Grant (Veronika), and Christina Grant Pajak (Andrew); as well as ten grandchildren: Caitlin, Molly, Braedan, Asa, Carter, Flynn, Maximilian, Viktor, Andrew, and Emily.

A native of Queens, New York, born April 24, 1939, he graduated from Power Memorial Academy in New York City, received his B.A. from New York University, and J.D. from Brooklyn Law School. Dick proudly served in the United States Army, performing two tours of duty in the Korean theater of operations, as well as serving in the Army Reserves for over 25 years, retiring with great repute as a Lt. Colonel. In his civilian life, he went on to be a distinguished educator, teaching students at numerous levels, including as an Assistant Principal at P.S. 122, the Mamie Fay School, which he himself attended as a child, and as an Adjunct Professor at Mercy College in the law department.

In retirement, Dick continued his life long love of learning and educating, writing several books on World War II, with a particular emphasis on making sure the lessons of the holocaust are not forgotten. Dick will be remembered for his devout faith to the Catholic Church, his weekly calls to each of his children, his ability to send birthday cards months in advance, his mental dexterity to discuss sports, classical music and WWII all in the same sentence, and his lament at always believing next year would be the Lions/Tigers/Red Wings year. Let us all not forget his overarching knack to turn any story into a teaching moment.

Dick, and his intelligence, willfulness, and desire for his family to be their best will be dearly missed, but his family is at peace knowing he passed on his terms: never compromising on what he valued, never ceasing to teach, and never stopping nudging his children to be their best.

Donations in Dick's memory can be made to St. Jude Children's Research Hospital in order to continue to bring hope to the children of St. Jude today, tomorrow and beyond.


Published by The Journal News from Aug. 20 to Aug. 23, 2020.
To plant trees in memory, please visit the Sympathy Store.
MEMORIAL EVENTS
To offer your sympathy during this difficult time, you can now have memorial trees planted in a National Forest in memory of your loved one.
MAKE A DONATION
Please consider a donation as requested by the family.
MEMORIES & CONDOLENCES
6 Entries
richie was a great army officer whom i served with in korea and fort ord,california in 1962/1963. we spoke frequenly on telephone over the years. maryalice i am sorry for your loss. i will miss richie. i am the last of the 3 amigos remaining. vincent marrano(his good buddy)
vincent marrano
Friend
May 8, 2021
My deepest condolences to the Grant Family, I have always spoken so highly of Mr. Grant one of the teachers I ever had, and I happened to be so fortunate that my daughter was also his student and we will miss him. May he Rest In Peace and for all of Us we thank you, for always being there. R.I.P.
WilmA Llorent
Student
October 4, 2020
It was an honor to spend Richard’s last weeks together. He was kind and thankful. Always asked about my kids and family. We’d love to banter about politics, sports and this crazy world we live in. I enjoyed the history he shared with me as well as stories about his youth and upbringing. He always spoke highly of his family and I’m glad I was able to meet some of them. It’s amazing that in such a short time he made quite an impression in my life. I’m so happy he’s at peace and did not have to suffer. Sending love to all that knew him.
Talia Mariella
Friend
August 24, 2020
I would like his children to know that in all the years I knew him, in all of them he made me feel welcomed and accepted.
James Marrin
Family
August 23, 2020
I loved his wit, his welcomes and his family. Jim Marrin.
James F Marrin
Family
August 23, 2020
I knew Dick for thirty years and he was everything his obituary says he was. He was a very good man and he knew more about basketball than almost anyone else on the face of the planet. He was a good friend and I mourn his passing. However I do admire him for doing it his way.
Rodney Read
Friend
August 20, 2020
Showing 1 - 6 of 6 results