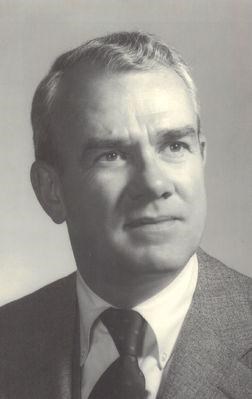 Born in Louisville, KY, Mr. Miles graduated from Kentucky Military Institute in 1947, Washington and Lee University in 1951 with a BA degree in Economics, and Rutgers Stonier Graduate School of Banking. While at Washington and Lee University he was president of the Phi Delta Theta fraternity and member of the Omicron Delta Kappa society. Following graduation, Mr. Miles served in the U.S. Army, received his commission from O.C.S. and served in the 44th Infantry division in Ft. Lewis Washington.

Long active in civic affairs, Mr. Miles has had a special interest in scouting. He served as president of the Kentucky Council for two terms and received the Silver Beaver award for his service over the years. He was president of Louisville Central Area (a downtown development organization), the Museum of history and Science, the Greater Louisville Fund for the Arts, Greater Louisville Fund for the Arts, director of the Governors Scholars Program, and trustee of the J. Graham Brown Foundation. He was a trustee of the University of Kentucky (1980-1984) where he was president of the Business School Foundation. He was also a trustee and Rector of Washington and Lee University (1988-1998).

A funeral service will be held Monday, May 4, 2015 at 2:30 p.m. at St. Francis in the Fields Church, 6710 Wolf Pen Branch Rd., with a visitation following at the church. Private burial in Cave Hill Cemetery.

In lieu of flowers, memorial gifts may be sent to Kentucky Country Day School or Washington and Lee University.

To plant trees in memory, please visit our Sympathy Store.
Published by Courier-Journal from May 1 to May 3, 2015.
MEMORIAL EVENTS
No memorial events are currently scheduled.
To offer your sympathy during this difficult time, you can now have memorial trees planted in a National Forest in memory of your loved one.
Funeral services provided by:
Pearson Funeral Home
GUEST BOOK
7 Entries
Steve and I grew up in the Highands and I always considered him as a friend. H successes in banking, horse racing, and warmth will always remembered by those who knew him. Philip Levy
May 6, 2015
Dear Elizabeth and Family;
I am so sorry for the loss of your Dad. You are in my thoughts and prayers!
Rebecca Thompson
May 4, 2015
Dorothy, so sorry I can't be there today, but my thoughts and prayers are with you and the family. You and Steve are two of my very favorite people. God bless.
Cindy Hayes
May 4, 2015
Dear Dorothy and family, We cherish our last time with you and Steve, at his 60th class reunion and sat at your table. Ed and I send our love and deepest prayers to you at this sad time..
Joan and Ed Newton
May 1, 2015
Mr. Miles was a kind gentleman who was always helpful and wise on many topics. Mr. Miles will be greatly missed. My family's prayers are with Mr. Miles family.
Doug Phelps
May 1, 2015
Ann I are thinking of Dorothy and the Mitzlaff family.
Charles McCarty
May 1, 2015
Thoughts and prayers to the families and friends. May God bless you.
Karen Mizlaff
May 1, 2015