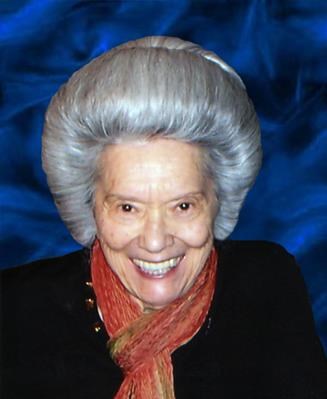 New Albany - Funeral services for Rev. Berniece Richards Hicks, 99, of New Albany, Indiana, will be held at 11:00 a.m. on Saturday, August 18, 2018 at Christ Gospel Churches International Headquarters at 2614 East 10th Street, Jeffersonville, Indiana, with burial to follow in Walnut Ridge Cemetery. The viewing will be held on Friday from noon to 8:00 p.m., and again on Saturday from 9:00 a.m. until the funeral service begins at 11:00 a.m. She went to be with the Lord on Sunday, August 12, 2018. Scott Funeral Home has been entrusted with her care.

Rev. Berniece Richards Hicks was one of five children born to the late John William Richards and Bennie Cherry Richards. Her father died when she was nine years of age, and her mother placed her and her siblings in the Methodist Children's Home in Louisville, which later moved to Versailles, Kentucky. Rev. Hicks became a Christian at age 19, shortly after she married. She started a home Bible study, which grew into a mission, then a church, and later into a world-wide Pentecostal organization—all at a time when women ministers were disfavored. Having been an orphan, she always had great compassion for children who were abandoned because of death, abuse, or neglect. She founded an orphans' home in Mexico, which her work continues to support, and has been instrumental in sponsoring other orphans' homes around the world. Despite her advanced age, Rev. Hicks continued to preach regularly and guide her ministry through her 98th year. She was well known for sharing God's love, light, and life with all she met.

More about her life and work is found at www.christgospel.org.

To leave a special message for the family, please visit www.scottfuneralhome.com. The family has requested that in lieu of flowers, donations be made to Christ Gospel Churches International to leave a living legacy in honor of her ministry.

Raúl González.
Ra&#250;l Gonzalez
September 11, 2018
Sister Hicks shall always be alive in my heart because she is now in the presence of the Lord and our Heavenly Father and the Holy Spirit. Jesus Christ is Lord.
Al Dinger
August 18, 2018
Although I moved on to different things that I felt the LORD JESUS CHRIST had for me personally, I have a saddened and heavy heart in hearing of the passing of this sister. All the natural and spiritual family members are greatly in my prayers, for I know this is a hard time for all.
Mark Buckles
August 16, 2018
I will miss you. You've been a part of my life for 55 years. Deep condolences to the family.
Kathleen Hall
August 16, 2018
We love you sis hicks I went to your church when I was younger
Jacob Busitzky
August 16, 2018