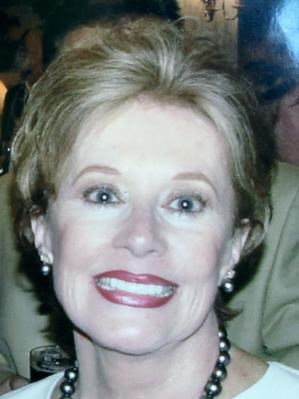 Bonnie was born August 17, 1936 in Knoxville, Tennessee to Ruth and Gilbert Dance. She was an only child and soon moved to the Louisville area where her father owned a service station. Bonnie fell in love with dance, specifically ballet, at a very young age and was a diligent student. Bonnie graduated from Male High School in 1954 and briefly attended the University of Louisville. Her passion for ballet soon took her to Manhattan where she was cast in several Broadway productions. She returned to Louisville to dance with the newly formed Louisville Ballet and served as the first prima ballerina.

She was an intense competitor and loved many sports. She was a marathon runner, fox hunter, dressage rider, swimmer, and snow skier.

She was a wonderful and dedicated wife, mother and homemaker.

Visitation will be Friday from 3:00 to 6:00 at Pearson Funeral Home, 149 Breckenridge Lane. Funeral and burial services will be Private.

Published by Courier-Journal from Jun. 22 to Jun. 24, 2017.
To plant trees in memory, please visit the Sympathy Store.
MEMORIAL EVENTS
Jun
23
Visitation
3:00p.m. - 6:00p.m.
Pearson Funeral Home
149 Breckenridge Lane, Louisville, KY
Funeral services provided by:
Pearson Funeral Home
MAKE A DONATION
MEMORIES & CONDOLENCES
Sponsored by The Courier-Journal.
4 Entries
Jim, Our prayers to the Lord of Love are with you all, now and for always. Peace be with you !!!
Rick & Betty Czerwonka
June 23, 2017
To all the Thornton Family,I am so sorry for your loss,you all have my deepest sympathy ,she was always so friendly when I would see her at 1400 Willow.She will be missed.Debbie whittenberg
June 22, 2017
The Louisville Ballet family will always remember you with love and admiration as our first prima ballerina, and your contributions to Louisville Ballet will always be fondly regarded. We extend our condolences to your family.
Louisville Ballet
June 22, 2017
Our thoughts and prayers are with you and your family.
Bob Taylor
June 22, 2017
Showing 1 - 4 of 4 results