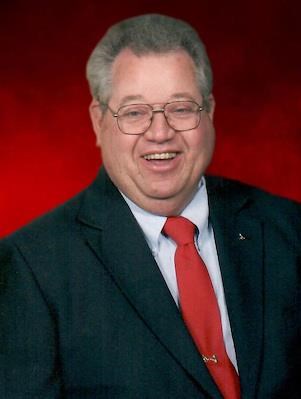 Mr. Clark graduated from Ahrens Trade School in 1961 and retired from Metropolitan Sewer District (MSD) in 1996, also retired with 40 plus years of service with the Lyndon Fire Protection District and was a member of Southeast Christian Church.

Mr. Clark served his country in the Army National Guard in the early 1960's where he established the rank of E5. Mr. Clark was also a member of Swigert-Middletown Masonic Lodge #218 and a member of Kosair Shriners.

Mr. Clark leaves "The Love of His Life" of 58 years Mary "Greenwell" Clark.

Funeral services will be conducted at 12:00pm on Thursday, October 14, 2021 at Owen Funeral Home-Jeffersontown, 9318 Taylorsville Road, with interment at Resthaven Cemetery. Family and friends may pay their respects on Wednesday, October 13, 2021, at the funeral home from 2:00pm until 8:00pm, with a Masonic service at 7:00pm. Visitation will continue Thursday from 10:00am until time of service.

In lieu of flowers, the family asked for donations to be given to Kosair Children's or Crusade for Children