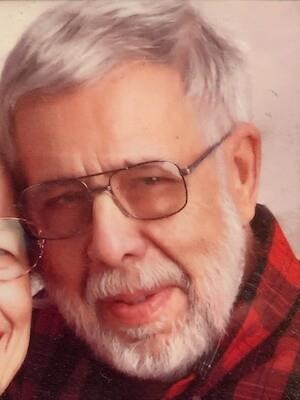 A member of St. Mary's of Navilleton Catholic Church, Carl is preceded in death by his loving wife of 59 years, Patricia Ann, his parents Charles Edward Keenan and Susan Catherine Keenan. He was also preceded by his siblings Richard Raymond Keenan, and Patricia L Schad.

Carl was a devoted husband, dedicated father, loving grandfather, and cuddly great grandfather. He enjoyed his family and wood working. The items he created in his workshop brought joy and immeasurable happiness to those near and dear to him. He was a teacher to his children and a role model to all. His belief in loyalty, volunteerism, self-reliance and quality craftsmanship defined his life and those of his family. He will be deeply missed by his friends, family, and all who knew him.

Carl's life celebration will be scheduled after the COVID-19 pandemic is brought under control.


To plant trees in memory, please visit our Sympathy Store.
Published by Courier-Journal from Jan. 11 to Jan. 17, 2021.
MEMORIAL EVENTS
No memorial events are currently scheduled.
To offer your sympathy during this difficult time, you can now have memorial trees planted in a National Forest in memory of your loved one.
Funeral services provided by:
Magnolia Cremations
GUEST BOOK
1 Entry
Our hearts go out to the entire family and especially Shawn, Joyce, Lucretia, Amelia and Liam.
Bob & Tonya Stephenson
January 18, 2021