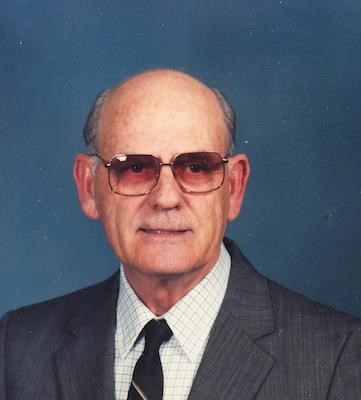 Louisville - Charles Henry "Charley" Jarboe, 92, of Louisville passed away on Sunday July 18, 2021. He was born on April 10, 1929 in Loretto, KY to the late Benedict and Marie (Wathen) Jarboe. Mr. Jarboe was a retired truck driver for the old S & T Hardware, a member of St. Louis Bertrand and an Air Force Veteran. In addition to his parents he was preceded in death by a son, Charles Anthony Jarboe; and four brothers, Ben Jr., Bill, Tom and Paul Jarboe. To cherish his memory he leaves his loving wife of 70 years, the former Juanita Davis; sons, Steve (Vickie), Mark (Penny), Danny (Belinda), and Ricky Jarboe (Hana); daughters, Debby Stinson (Walter Shively), and Regina Dumas (Myron); a twin sister, Shirley Jones; 11 grand children and 14 great grand children. Charley was not only a great father, he was best friend to all of his children. A funeral mass for Mr. Jarboe will be held at 9:30 am Thursday at St. Louis Bertrand, 1104 So. 6th St. Interment with military honors will follow at Resthaven Memorial Park. Visitation will be from 2-8 pm on Wednesday at the Southern Home of Arch L. Heady & Son, 3601 Taylor Blvd. Memorial gifts may be made to Hosparus of Louisville. Condolences may be left at, www.archlheadysouthernfh.com.