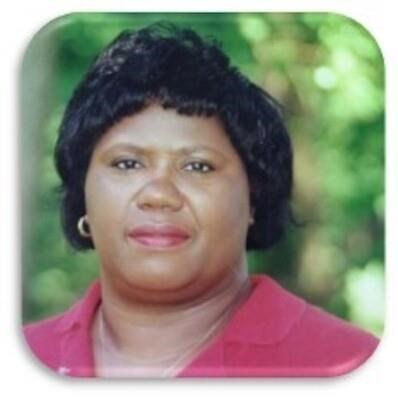 Louisville - Doretha Inez Harris, a woman with deep dedication to her community, church and family was called home by the Master on April 1, 2021. She was born in Shelbyville, KY on February 16, 1955 to the late William Harmon and Mary Cardwell Harris. She grew up in the Johnsonville community with a host of first cousins who formed a brother/sister bond that that still exists today. This village of children was raised by strong Parents, Aunts, Uncles, and neighbors who instilled discipline, strong work ethic, and a love for God.

She was called to Christ a young age. She became a member of the Bethel AME Church and has been a faithful and dedicated member her entire life. She was a member of the Senior Choir, and the Missionary Society. She served as the Financial Secretary and Pro Tem of the Steward Board, Sunday School Teacher and Sunday School Superintendent.

After completing a year of education at Western Kentucky University, Inez returned home and started her work career at the Standard Gravure Corporation. She then worked for the Landmark Communications for several years before taking a position with the City of Shelbyville. She served in various influential roles for over 20 years. She retired in 2017 from her role City Clerk of Shelbyville.

Her community involvement included serving on the Board of Directors for the Calvary Cemetery and the Shelby County Historical Society. The void Inez will leave will be felt by her family and the entire Shelbyville community.

Along with her parents, Inez was preceded in death by her paternal and maternal grandparents, Dot and Amanda Stone Harris and Junius and Louise Lawson Cardwell, Nephew Corey A. Reed and Sister Vanessa Gayle Harris.

Although Inez did not have biological children, she served as a mother to her niece and nephews. She is survived by her special niece who she raised, Amanda Nicole Harris: special nephews, Chaz, Jhalen and Dha'Mon Harris: Brothers; J. Yonzel Fleming, Stanley Bernard Harris and William Damon Harris: Aunts.; Freda Bradford Cardwell, Edna Oglesby Cardwell and Anna Cardwell Johnson: A special Cousin, Dwayne S. Cardwell: Uncle; John Harris and a host of nephews, nieces and cousins.