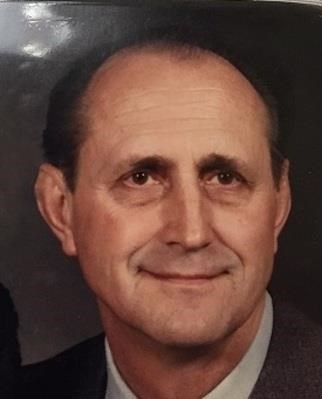 Floyd was born to parents Peter and Martha (Cieslinski) Glish on November 13, 1930 in Bay City, MI. He had two older brothers, Marion and Raymond, and two younger sisters, Dorothy and Eleanor. He was a multisport star at Handy High School in Bay City and went to the University of Michigan on a baseball scholarship. He left the UofM after his freshman year and joined the U.S. Marine Corps during the Korean War. While stationed outside of Reno NV he met Marjorie Burkholder and they were married on November 14, 1953 after his honorable discharge from the Marines.

Floyd subsequently went to Western Michigan University in Kalamazoo MI and obtained bachelors and masters degrees in accounting. During his time as a student he was hired by Fuller Transmission Co. and worked there until 1968 at which time he was transferred to Shuler Axle Co. in Louisville KY. In 1973 Floyd took a position at Whayne Supple Co and stayed there until his retirement in 1998.

A funeral service will be held Wednesday October 18 at 3 p.m. at St. Francis in the Fields, 6710 Wolf Pen Branch Road, Prospect KY. A celebration of life will follow at Glen Oaks Country Club from 4-8 p.m. Friends and family are invited to either or both. In lieu of flowers the family requests donations in Floyd's name to the - Cure Alzheimer's Fund at http://curealz.org/in-memory/floyd-glish


Published by Courier-Journal on Oct. 17, 2017.
To plant trees in memory, please visit the Sympathy Store.
MEMORIAL EVENTS
Oct
18
Funeral service
3:00p.m.
St. Francis in the Fields
6710 Wolf Pen Branch Road, Prospect, KY
Oct
18
Celebration of Life
4:00p.m. - 8:00p.m.
Glen Oaks Country Club
KY
MAKE A DONATION
MEMORIES & CONDOLENCES
Sponsored by The Courier-Journal.
2 Entries
Gayle, I am so sorry for your loss and please know that you and your family are in my thoughts and prayers. I know that you have wonderful memories of your dad that will keep him in your heart forever. Janet Reed
Janet Reed
October 17, 2017
Thoughts of sympathy are with the Glish family today.
Numbers 6:24-26
October 17, 2017
Showing 1 - 2 of 2 results