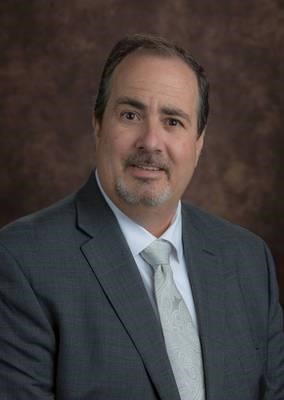 New Albany - George Bradley Kraft, 60, passed away Easter Sunday morning at home with his loving family by his side. The son of the late Paul Kraft, Sr and Dorothy Hegewald Kraft, Brad was born July 23, 1958 in Louisville, Kentucky. He was a 1976 graduate of Providence High School and attended I.U. Bloomington where he was a member of the Lambda Chi Alpha Fraternity.

Brad began his career at the old New Albany Plumbing Supply in New Albany. He then joined the family business, Kraft Funeral Service, to manage the newly acquired Kraft-Graceland Memorial Park where he excelled and proved his acute management skills. Some years after Kraft Funeral Service joined with Dignity Memorial, he was asked to manage the operations of the much larger Resthaven Memorial Park in Louisville. Years later, he took the opportunity to join NorthStar Memorial Group where he grew into the position of Vice President of Operations. Brad was that manager people want to work for; organized, communicative, and always fair. Families in New Albany, Louisville, Tulsa OK, Cleveland OH, Houston TX, Nashville and Memphis TN, and Decatur IL were better cared for at times of need because of Brad's hard work and caring attitude. He was extremely proud of what he did for a living and didn't mind telling you about it.

He was a dedicated member of Northside Christian Church in New Albany, many Cemetery Associations, and former member and President of the Indiana Cemetery Board. Brad loved the outdoors. He loved to camp and hunt, was passionate about fishing, was a lifetime member of Ducks Unlimited, and was Director Emeritus of B.P.O.O.T.T.G.E.S.W.O.A. camping club.

Brad Kraft NEVER met a stranger. When you first met him, you would feel as if you had known him for a long time. He took on the fight of his life with cancer about five years ago, his wife, Shelly, always at his side, and his three sons never far behind. He will always be missed by his family and especially his dear grandchildren. Brad finally gave in, a few minutes into this Easter Sunday morning, an appropriate day for such a man of deep faith.

In a text discussion about coming cancer treatments with a brother several weeks ago, Brad stated, "Don't worry about me. No matter what, I win. Either I get to spend a few more years with family, or spend an eternity with the Lord. Win - Win!!!"

Online condolences may be made to www.kraftfs.com.