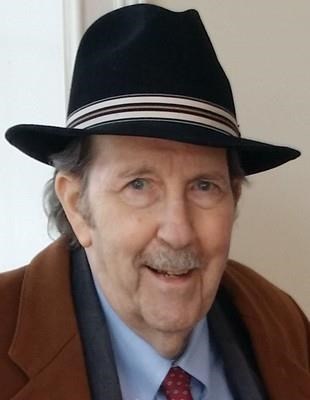 82, of Louisville, died peacefully on Monday February 12th, 2018 at Masonic Homes of Louisville. Jack was born on March 31st, 1935 in Grayson, KY. to Ira Gee "Big Jack" Jacobs and Elizabeth Pryor Hughes Jacobs. He became a lifelong Louisvillian and was a life-long member of Christ Church Episcopal Cathedral where he began singing in the choir during the mid-1940's and became an altar boy. Jack was a 1953 graduate of DuPont Manual High School and went on to serve in active duty with the U.S. Coast Guard. Upon his return, he became a 1962 graduate of the University of Kentucky. While at the University of Kentucky, he became a fraternal member of the Sigma Chi Fraternity and a "Life-Loyal" Sig" in 2003 and receiving a 2009 Military Recognition Sigma Chi pin. Jack also dabbled in commercial enterprises where he conceived & developed one of the first parcels of land along the Westport Road corridor in Eastern Jefferson County, Kentucky. A small strip shopping center known as "Jacobs Plaza" in 1969 that remained in the family until 2012. During the "Jacobs Plaza" venture he opened "Jacobs' Liquors"-the first major liquor store in Eastern Jefferson County in 1970. This liquor store served many of the first workers from the Kentucky Ford Plant on Chamberlain Lane.

Jack had a very colorful life, filled with advice, a quick wit, and a philosophy on every emotion any one human could have in one life! He loved and worshipped his two children more than any other singular achievement of his life! Especially the 49-year bond he held with his son Kirt from 1968-2018.

To plant trees in memory, please visit our Sympathy Store.
Published by Courier-Journal from Feb. 15 to Feb. 17, 2018.
MEMORIAL EVENTS
Feb
16
Visitation
2:00p.m. - 8:00p.m.
Pearson Funeral Home
149 Breckenridge Lane, Louisville, KY 40207
Feb
17
Funeral Mass
2:00p.m.
Christ Church Episcopal Cathedral
421 South Second Street
Funeral services provided by:
Pearson Funeral Home
GUEST BOOK
Sponsored by The Courier-Journal.
4 Entries
Jack was my "step"dad, though he never liked the use of the word "step" and so I never referred to him as that.....I first met Jack when I was in high school....never met anyone like him and I know I never will again...he was very special to me and a huge part of my daughters Taylor, Sarah, and Lexie's lives! They loved him so, as I did and our memories will live in our hearts forever! When Jack turned 80, I wrote a message in his birthday card that simply said that he would ALWAYS have a special place in my heart and that I loved him....he looked at me after reading that and had tears in his eyes and I feel confident that he knew how special he was to me. I will never forget Jack or how he always made me feel special when I was around him and I will always feel honored that I was included in his special nickname for those he loved by including the word "little" preceding my name. Love, Little Tammie
Tammie Beasley
February 21, 2018
I was a choirboy with Jack at
Christ Church Cathedral in the 1950s. As a younger boy I admired him for his extraordinarily beautiful voice and for his personal character. Even though I live in Minnesota and had been out of touch with him, it was a pleasure to speak with him over the phone in the last couple of years. Rest well, Jack. As a boy, you were an inspiration to me, a fellow choirboy who eventually made a career as a musician.

No one could tell a story, funny or sad, quite like Jack. He was a good listener who genuinely liked others and saw the good in everyone he met.

Jack had a rare gift: the ability to make each person he talked to feel welcome, appreciated and special. That's what made JACK so special.

This world has lost a very dear man. I'm grateful that I had the opportunity know him, and I'm heartbroken for his family and friends. I know he will be sorely missed.
Robin Broyles
February 16, 2018
Dance with the angels Jack! Blessed to have crossed paths with you. My condolences to the Jacobs Family. Much love and prayers.
Stefani Tucker
February 15, 2018