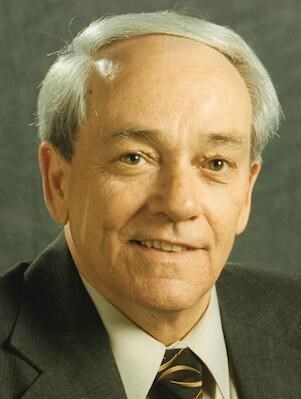 Louisville - 79, peacefully passed away on Thursday, December 3 with his loving family by his side. Jim was born on October 24, 1941 in Louisville. He attended St. George and Flaget H.S. He joined the Army in 1957 and was stationed in Germany for 3 years. Jim was discharged in 1962 and on December 14 he married the love of his life, Marilyn.

Preceding him in death are his parents, Oscar and Norma Seidl and two brothers, Wayne and Bobby.

Jim started at Sealtest and Worked there for 5 years before taking a job at Naval Ordance as a machinist apprentice. Jim was very active in the union and became a Business Agent for the IAM&AW District 21 eventually becoming Director of Government Dept., Administrative Assistant in Midwest Territory. He was a Mason, a 50 year member of Robinson Plumb Lodge.

Six months of retirement and his negotiation skills in great demand, he returned to his union calling as a General Rep for the Metal Trades Union where he remained for another 10 years. Jim retired 12-31-2011 but stayed very active with Union business many times helping out with contract negotiations.

His hobbies included horse racing as an avid horseplayer. His passion was visiting different racetracks with his son and fellow horseplayer, John Meese.

Jim's family would like to thank all those who were instrumental in his care during his final days. Their appreciation for the compassion and care are immeasurable, especially their good friends JW & Teresa Ballinger and many family friends that are too many to list.

Due to the Trump virus, there will be a memorial service at a later date. Expressions of sympathy may go to Hosparus, Kosair Charities or Bidens Re-election Campaign.

It was a good ride.

To plant trees in memory, please visit our Sympathy Store.
Published by Courier-Journal from Dec. 4 to Dec. 6, 2020.
MEMORIAL EVENTS
No memorial events are currently scheduled.
To offer your sympathy during this difficult time, you can now have memorial trees planted in a National Forest in memory of your loved one.
Funeral services provided by:
Joseph E. Ratterman & Son - Southside
GUEST BOOK
15 Entries
My grandfather-in-law was a wonderful soul. I only knew him for a few years, but those years I'll cherish in my memory for the rest of my days.
Cameron Aubernon
December 28, 2020
Rest In Peace Brother Seidl, thank you for your years of dedication to working folks. Time to rest, we got this now.
Jeff Collis
Coworker
December 11, 2020
Sorry for your loss
Ken Bledsoe
Acquaintance
December 11, 2020
Sorry to hear the passing of Jim. I have great memories working with him in the Machinist Union. Great Trade Unionist and a good friend. May god watch over his family and give them peace.
Jerry and Jenny Taylor
Gerald W Taylor
Friend
December 9, 2020
I had the pleasure of working with Jim while he was the administrative assistant to the Vice President in the Midwest Territory as well as when he was working at District 21. He was a great trade Unionst. My deepest symphaty to Marilyn and the family.
James Brown
Coworker
December 9, 2020
Jimmy Seidl, you will be missed by all of us that had the opportunity to know and work with you. What an inspiration you were to all involved in the Union movement.
Bobby Delaney
December 8, 2020
Jimmy was a great mentor and a passionate union leader who touched the lives of many. I was privileged to have been tutored by this man and I will never forget him.
Rest In Peace Brother
Tom Schaffer
Friend
December 7, 2020
He was a great man and a great role model. He will be dearly miss.
Courtney F Hardesty
Family
December 6, 2020
Heartbroken at the loss of my Godfather/ Uncle.
One of the good men I was fortunate to have in my life. Sending love and prayers to all his loved ones. Blessed to be one of them.
Perri Lynn white
Family
December 6, 2020
My friend...someone I respected, admired and cherished his trust...
Ron Ault
Friend
December 6, 2020
Thanks for all your help with our contracts never a dull moment RIP brother
Mike Lance
December 6, 2020
Gail,so sorry to see that Jim passed. There is one heck of a party in Heaven. He was a credit to the family. I'll pray for you all.Ray DeMonbrun
Ray DeMonbrun
Family
December 6, 2020
I had the pleasure of meeting, working and learning from the ultimate teacher of negotiations, Jim Seidl. His expertise went beyond his knowledge, his concern for his fellow brother and sister workers drove him to negotiate like no other. But it’s deeper than that, he truly loved helping, helping those around him to get better, helping those that were depending on him to improve their work situations, he is and was the best union leader I have served with in my 30+ career. He deserves the rest he has entered, he served his country, his union, his friends and most importantly his family well. Rest well my friend, you made a difference that will last generations to come.
Randy Beall
Friend
December 5, 2020
Dear Sunny; So sorry to read of Jimmy's passing. Remember our 60th St. George Reunion. It was so good to see you then. Keeping you and family in my prayers during this time of sorrow.
Frank Kinney
Friend
December 5, 2020
Dear Sunny,
I am so sorry to hear about Jim’s passing. All great memories of you and your brothers. God bless you and may you and your family have peace at this time and always. Take care of your self.
Sincerely,
Katie McGuire Smith
Kathryn Smith
Friend
December 4, 2020