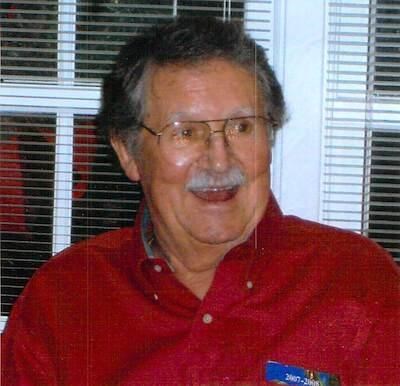 Louisville - Jean Donald Farley, (J.D.) 94 passed away at Baptist East on June 1st. Jean was born in Louisville, KY on January 17, 1927, and was a well-known architect, businessman and founding member of St. Albert the Great Catholic Church.

Jean attended Male High School, the University of Louisville, and the Louisville Institute of Architectural Design. He was a sergeant with the U.S. Army. After completing his service, he returned to Louisville in 1947 and obtained a drafting position with D.X. Murphy & Brothers Architectural firm which was founded in 1853. In 1956 Jean was named Vice-President of D.X. Murphy & Brothers and was part owner with T. D. Luckett. In 1970, the firm changed its name to Luckett & Farley, Inc. and later to Luckett & Farley Architects, Engineers and Construction Managers. Jean later became President and sole owner when Luckett retired in 1974. Luckett & Farley Architects, Engineers and Construction Managers is currently the oldest, continuously run architectural firm in North America. Jean was a registered landscape architect in Kentucky, held architectural registrations in 16 states and a private pilot's license. Jean sold Luckett and Farley and retired in 1982. After retiring, Jean enjoyed being able to spend more time with his wife, Betty, his children, and grandchildren. He and Betty were avid travelers, visiting more than 100 countries and brought their family with them on a number of trips. Jean was a long-time member of the Bonnycastle Club and St. Al's Aces.

Jean served with many organizations some of which included the Kentucky Architectural Registration Board, the American Correctional Association, St. Joseph and Audubon Hospital's Boards, Governor's Advisory Commission, the KY Industrial Development Council, the Louisville Rotary Club, the Jaycees, the Louisville Chamber of Commerce, and the Kentucky Chamber of Commerce.

The family would like to thank the wonderful and compassionate staff at Baptist East Hospital Palliative Care unit as well as Hosparus Health of Louisville. They ensured that our father was comfortable and well cared for in his final days.

For those who wish to make a donation in Jean's honor may consider Hosparus Health of Louisville, St. Albert the Great, or any charity of their choice.