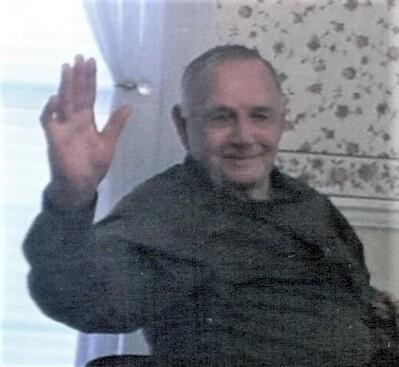 Louisville - John "Jack" Klausing passed away peacefully on July 15th 2021. Jack was born on December 12th, 1929, to Catherine and Fred Klausing. He was the youngest of 12 children. Jack was preceded in death by his parents, his siblings, and his grandsons, John "JB" Klausing and Mitchell Klausing.

A devout Catholic, Jack attended St. Francis of Assisi grade school, and graduated from St. Xavier High School in 1947. After high school, he joined the US Navy, where he led the "USS Coral Sea" basketball team to The East Coast Basketball Championship. He was invited by Kentucky Head Coach Adolph Rupp to try out for the University of Kentucky.

In 1953, Jack met the love of his life, Gwendolyn "Gwen" Thacker. Jack and Gwen would go on to have five children, Laura (Dave), John "Jack" Jr.(Patsy), Stephen (Janie), Mary (John), and Ann (Joe). His children blessed him with 14 grandchildren and 2 great grandchildren with another on the way.

Jack was a pioneering man of many accomplishments. In the early 60's, he built Bluegrass Park. This became the mecca of Louisville softball. Home of the LIT. Jack had many successful ventures throughout his life. He was a lifetime member of the Bonnycastle Club. Rest in Peace, Jack. You will be deeply missed by many.

Visitation will be from 4-8 p.m. Monday, July 19th at Ratterman and Sons, 3800 Bardstown Road. Mass of Christian Burial will take place Tuesday, the 20th of July at 10 a.m. at St. Martha Catholic Church, 2825 Klondike Lane, followed by burial in Calvary Cemetery.

In lieu of flowers, please send donations to St. Jude Children's Research Hospital. Online condolences may be shared at www.ratterman.com.

To plant trees in memory, please visit our Sympathy Store.
Published by Courier-Journal from Jul. 17 to Jul. 18, 2021.
MEMORIAL EVENTS
Jul
19
Visitation
4:00p.m. - 8:00p.m.
Ratterman & Sons Funeral Home - Bardstown
3800 Bardstown Road, Louisville, KY
Jul
20
Mass of Christian Burial
10:00a.m.
St. Martha Catholic Church
2825 Klondike Lane, KY
Funeral services provided by:
Ratterman & Sons Funeral Home - Bardstown
MAKE A DONATION
Please consider a donation as requested by the family.
MEMORIES & CONDOLENCES
Sponsored by The Courier-Journal.
1 Entry
Gwen and family , What a man and what a life ! Am sure he would say his greatest accomplishment was his beautiful family. We are all unable to celebrate his life with you, but will send many prayers for all of you as we enjoy so many fun memories. God bless all of you Susie and Dennis Madden
Susie Klausing Madden
Family
July 17, 2021
Showing 1 - 1 of 1 results