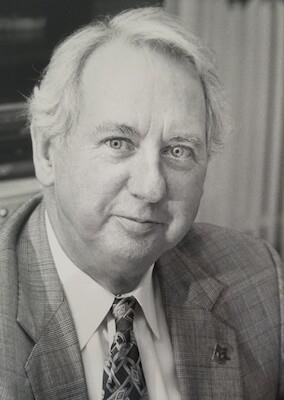 Morehead, KY - John Calvin Philley, 85, passed away peacefully on Saturday, July 17, 2021, surrounded by his family. He was a talented educator and administer, a dedicated church member and a loving and compassionate husband and father.

John was born October 17, 1935, in Indianola, Mississippi to the late J.W. and Mary (Farrar) Philley. He graduated from Indianola High School (Salutatorian) in 1953. After high school, John attended Millsaps College in Jackson, Mississippi, earning a B.S. in Geology in 1957. He continued his education at the University of Tennessee, completing a M.S. in 1961 and a Ph.D. in 1971.

While at Tennessee John fell in love with Betty Lou Davis. The two were married in August of 1959 and would raise three children together.

In 1960 John became Morehead State University's first full-time Instructor of Geology and Physical Science eventually creating the school's degree programs for Geology and Environmental Science. In 1974 he moved into administration and retired in 1997 as Executive Vice President of Academic Affairs and Dean of the Faculty.

John held leadership roles in many professional societies including as President of Geological Society of Kentucky, the Kentucky Section of the American Institute of Professional Geologist and the Kentucky Academy of Science, as well as serving on the Board of Directors of the Kentucky Science and Technology Council.

John was instrumental in convincing the Kentucky General Assembly to enact, in 1992, legislation for the registration of Professional Geologists. He served as the first Chairman of that Board of Registration and later as President of the National Association of State Boards of Geology.

John was proceeded in death by his parents, J.W. and Mary Philley; and his infant brother, Robert Russell Philley and sister, Betty Lou Lassetter.

In lieu of flowers, donations may be made to the Morehead State University Foundation to support students studying in the Geology Program at https://alumni.moreheadstate.edu/philley or Morehead United Methodist Church at www.moreheadumc.org/give.


To plant trees in memory, please visit our Sympathy Store.
Published by Courier-Journal from Jul. 21 to Jul. 23, 2021.
MEMORIAL EVENTS
Jul
24
Visitation
1:00p.m. - 2:30p.m.
Morehead United Methodist Church
227 West Main Street, Morehead, KY
Jul
24
Celebration of Life
2:30p.m.
Morehead United Methodist Church
227 West Main Street, Morehead, KY
Funeral services provided by:
Northcutt & Son Home for Funerals, Inc.
MEMORIES & CONDOLENCES
Sponsored by The Courier-Journal.
2 Entries
John was one of my very favorite fellow geologists. He always had a kind word for everyone and I have missed seeing him at KGS annual meetings. I believe he did more for the profession with his work at MSU and leading our professional registration than most any other individual. He was a very special man.
Tom Griswold
Friend
July 25, 2021
Sympathy to the family. Dr. Philley was the best of the best in his delivery of content and more importantly his relationship with the University, Morehead and his many students. He left a mark unlike any other Instructor. and will be sorely missed.
Bill R. Morgan
July 23, 2021
Showing 1 - 2 of 2 results