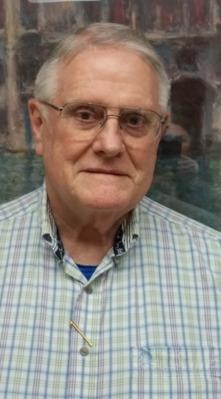 Dr. Jon H Rieger, age 83, died of natural causes at his Louisville home on July 16th. In addition to his distinguished academic career spanning 60 years he will be remembered as a pioneer in Visual Sociology, a Navy Captain, patron of the arts and culture, a "big brother" and life-long friend to many.

Following Naval ROTC at Miami University, Jon served two years of Active Duty (1958-1960) aboard the USS Platte (AO-24) as the ship's Navigator and Gunnery Officer. He went on to 24 years of Active Reserve duty where, among other assignments, he served as the Commanding Officer of four naval reserve units and Chief Staff Officer of two other units. He retired from the Naval Reserve with the rank of full Captain.

One of Professor Rieger's major scholarly contributions was pioneering the field of visual sociology. His work photographing social change in Ontonagon County, Michigan that began in 1960 is possibly the longest, continuous visual study in the world. He was a founding member of the International Visual Sociology Association and his trailblazing articles and methods seeded a new approach to sociology.

Dr. Rieger's nearly 60 years of field research and visits to Ontonagon made him a respected figure in the community. He received several community awards including the 2006 "Ambassador Award" given by the Ontonagon Chamber of Commerce in recognition of a non-resident who has contributed most to Ontonagon County. Dave Bishop, Ontonagon resident, said, "Jon Rieger was always happy, even when he was in physical pain from his various medical ailments. His regular visits and significant contributions to the Ontonagon County Historical Society and the Ontonagon Theater of Performing Arts made a big difference to our local community and region. Jon was a close friend."

Jon's wide-ranging passions included sailing, camping, classical and contemporary music, ballet, bodybuilding, photography, trap shooting, and civil rights. Dr. Rieger was active in the community and advised groups such as the Louisville Orchestra, the Louisville Agriculture Club, the U of L Weightlifting Club, and authored the Official Physique Manual for the Amateur Athletic Union of the USA. He proudly served 25 years as a judge for the prestigious Grawemeyer Music Composition Awards.

Jon Rieger is survived by his two brothers, Nelson A. Rieger and Dave H. Rieger, along with nieces and nephews Kristi and Robert Campbell, Tom and Beth Rieger, Mike and Karin Rieger, Holly Bishop, Ann and Tom Matthews, and Frederic "Rick" Rieger.

Jon never married or had children. However, from the early 1960s to his death, Jon Rieger formed life-long relationships with "younger brothers" and close friends he called his "families". He became as close or closer than blood relatives to his family members and transformed many of their lives for the better.

The "Lansing Family" includes Dan and Jean Batenburg, Mel and Beth Boynton, the late Sue Boynton, Harry and Gisela Klein, Ken and Roberta Kobayashi, and Ray and Sue Morris. Ken Kobayashi said, "Jon, Mel Boynton and I were roommates at Michigan State University. Jon proved to be the consummate roommate. As time passed you realized that his words and deeds reflected an admirable degree of ethical and moral character. For those willing to listen you would often be rewarded with his wisdom and nuggets of information about topics that would increase your knowledge and understanding of the world around you. This continued throughout our friendship. You couldn't help but marvel and be impressed with how Jon lived his life."

The "Louisville Family" includes Phillip Ball and Wanda Stoll, Mike and Pam Jefferson, Bob and Debbie Shaw, Joe and Laura Steele, Mike and Mary Steele, Todd Stommel, and Dave and Tina Williamson. Mike Steele remembered Jon saying, "If you're going to live in this house you must always show me forward progress." And Mike added, "He never stopped working on making us better humans!"

"Jon built a family around his love of the arts," says family member Ben Sollee, "that he affectionately coined the 'Tin Ear Society.' This expansive family of dancers, musicians, composers, photographers, writers, visual artists and creatives were all connected by his mentorship, patronage, and radically honest critiques of our work. He helped us make better and more meaningful art. And, importantly, he never missed an opportunity to get us all together to enjoy Louisville's bounty of performances. He taught us all, as both a sociologist and Big Brother, that great art is the product of and the fuel that grows thriving communities."

Jon's brother David Rieger said, "Jon had an unusual talent for drawing people out in an extended conversation, and then putting them on the spot in a positive way. This authentic reflection became motivation to do one's very best. He took the time to do this for his friends and many of their lives improved dramatically."

Rieger's ashes will be interred in a private ceremony and his ashes also will be spread in multiple locations of significance. An online memorial service is planned for Friday, August 7th at 5:00 PM EST. To attend please reach out to Ben Sollee at [email protected] or 502-608-0495


To plant trees in memory, please visit our Sympathy Store.
Published by Courier-Journal from Jul. 25 to Jul. 26, 2020.
MEMORIAL EVENTS
No memorial events are currently scheduled.
To offer your sympathy during this difficult time, you can now have memorial trees planted in a National Forest in memory of your loved one.
MEMORIES & CONDOLENCES
Sponsored by The Courier-Journal.
8 Entries
I can't believe I'm just finding out, almost a year later! I was going to reach out and catch up. What a wonderful, insightful person and a passion for life! He was one of my favorite professors at UofL as a Sociology major. I will miss him and his infinite wisdom.
Sheryl Gipson Hammond
School
June 16, 2021 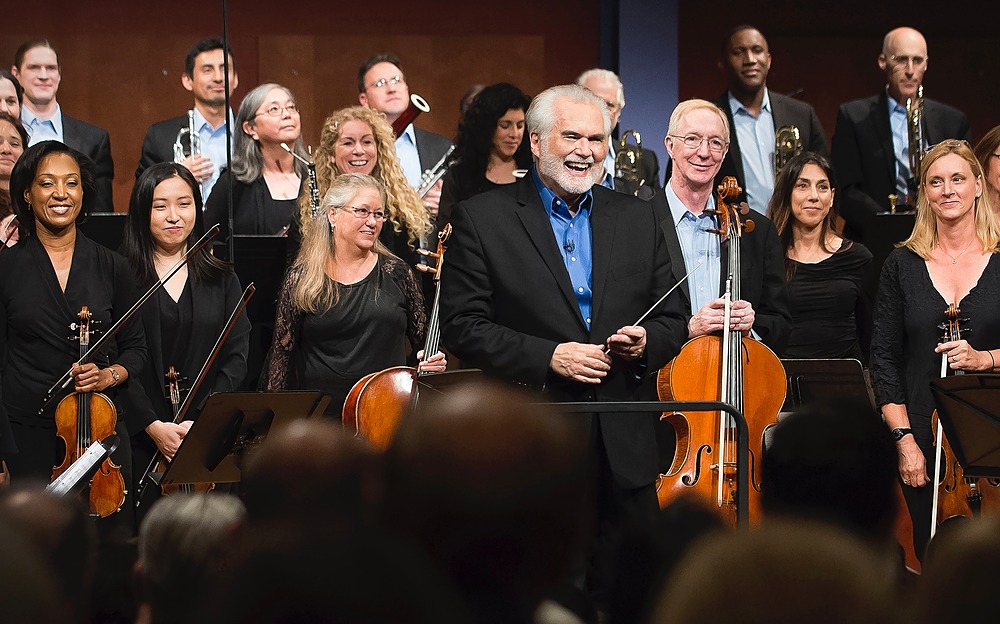 Jon "found" me when I was a graduate student at the University of Louisville School of Music. As a member of the Louisville Orchestra's viola section, I was a fellow music lover with whom Jon had countless long conversations about music and new musical discoveries - which flowed in both directions. At one juncture he asked me to teach him to play the viola, which I gladly did. I offered to do so gratis, but knowing my penurious financial condition as a newlywed at the time, he insisted on compensating me. Just beginning my conducting career at that juncture, Jon was also very encouraging. There were many memorable dinners with Jon and my first wife, Mary Lee Farris, at our favorite local restaurant, Lentini's on Bardstown Road... sadly, long gone as an Italian eatery. I was so happy to part of Jon's "Louisville Family" during the early 1970's. When I moved to New York City in 1975, a move which Jon approved and encouraged as a way to advance my conducting and Mary Lee's operatic singing careers, we remained in contact for quite a while, but less and less in recent years. I knew that Jon likely had new "little brothers" and "Family Members" he needed to nourish, but as fond as Jon also was of Mary Lee, I got the impression that he disapproved of our divorce in 1979 and could never quite let go of that. I have never stopped thinking of Jon as one of my great friends in this life, a man I greatly admired and loved ver much. I was so saddened to learn of his passing in the UofL Magazine that arrived in today's mail. Jon's gift of himself to so many others will ripple into the future for generations. My sincere condolences to his immediate family and all of his "Family" and "little brothers" everywhere.
George Marriner Maull
January 27, 2021
I first met Jon when I had a beginning sociology class from him at MSU in 1965. I had never spoken with him personally, but one day, out of the blue, he started talking about music. He talked about Janacek’s Slavonic Mass and other music, and I scribbled the names of these pieces, into my class notes. After class, I ventured to ask him if he knew about the 4th Symphony by Charles Ives, which had just been recorded. He said, “Yes, I’ve heard of it. Have you got it?” I told him that I had the recording. “Great! When can we get together for supper and listen to it?” He reached for one of those four pens he always had clipped to his shirt, and pulled out a note pad to write down my name and phone number. Thus began the first of several music-listening sessions held over the next two years in his apartment on Delta Street in East Lansing.

We stayed in touch after he moved to Louisville and spoke by phone every two months or so over the next half-century. When there was no answer on his phone when I called in mid-August, I googled him and was heartbroken to find his obituary. I missed out on his on-line memorial service. I don’t know any of the other people who were close to Jon, and so, have nobody to commiserate or share stories with. I can’t listen to music at all without thinking of Jon. My email address is [email protected], in case anyone out there would like to contact me to reminisce about him.

I wish I could tell Jon that my daughter, son-in-law and 4-year-old granddaughter have moved in with us for the duration of the coronavirus pandemic, and we are attempting to home-school our granddaughter. I’ve been asked to spend an hour, two times a week doing a music appreciation class with her. We’re starting with Janacek, and she’s loving it!
Robert Wilks
Friend
September 10, 2020
Jon was a great advisor, mentor, guide, instructor, and friend. He will be missed.
Scott Skinner
Friend
July 29, 2020
He was very fun to talk too, I will miss him.
Joan
Friend
July 27, 2020
I had numerous interesting conversations over the years with Jon during our association with the Ontonagon County Historical Society.
Bob Lind
Friend
July 27, 2020
We have lost a legend. I am most grateful to have known Jon through Louisville Ballet Partners. His legacy will live forever.
Ellen Venhoff
Friend
July 27, 2020
I always enjoyed his classes as a sociology major. He was great and inspiring teacher.
Tim
Student
July 26, 2020
Showing 1 - 8 of 8 results