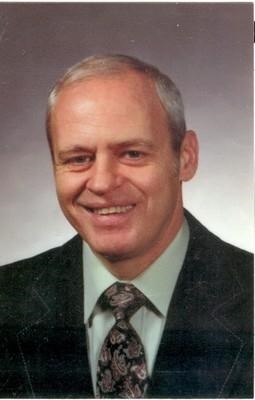 84, returned to his Heavenly Father March 20, 2015. Mr. Burks was a Louisville native, a graduate of DuPont Manual, University of Louisville, and a member of Southeast Christian Church. He was a track star ,boxer, and a running back for Manual's '48 state champs, a Korean War Air Force veteran, director and eventual volunteer for the Cabbage Patch Settlement House, a retired Southern High School teacher, where he coached football and basketball and sponsored the FCA. Mr. Burks was honored as a Louisville Senior Volunteer of the Year, 6th Region Basketball Coach of the Year, and inductee into the Metro Area Athletic Directors' Hall of Fame.

Funeral service will be conducted at 10 a.m. on Tuesday, March 24, 2015 in the chapel of Schoppenhorst Underwood and Brooks Funeral Home (Preston Hwy. at Brooks Rd; use John Harper entrance) with private burial to follow at Hebron Cemetery (intersection of highway 61 and East Hebron Lane in Shepherdsville). Friends may pay their respects on Monday from 2-8 p.m. at Schoppenhorst. Expressions of sympathy may be made to the Cabbage Patch Settlement House.

To plant trees in memory, please visit our Sympathy Store.
Published by Courier-Journal on Mar. 22, 2015.
MEMORIAL EVENTS
No memorial events are currently scheduled.
To offer your sympathy during this difficult time, you can now have memorial trees planted in a National Forest in memory of your loved one.
Funeral services provided by:
Schoppenhorst, Underwood and Brooks Funeral Home
MEMORIES & CONDOLENCES
33 Entries
Can't believe it's been 2 years already. Still miss you, Pop...
Adam Burks
Grandchild
March 20, 2017
Sorry I did not know about your loss earlier. He was a great teacher, coach, and role model for me and others.
Gary Frye
September 2, 2015
I just found that Mr. Joseph Burks has passed. He meant a lot to me when I was a student teacher and colleague. He was one of the nicest people I ever met and was the same every time you saw him. He was always so encouraging. He was a Christian in thoughts, words and deeds. The family has my deepest sympathy and I am so sorry that I did not know about his passing. May the Lord bless the family.
Winfried Cross, Sr
August 29, 2015
I just saw this about the passing of Mr. Burks, yet another one of the great ones hae passed. Mr. Burks was at or near the top along with Mr. Wilson, Mr.Dubick and others. They taught us all how to be men.
I am forever thankful for role models as Mr. Burks was to all at Southern.
May God accept him with open arms.
Robert Powell
June 30, 2015
I just saw this. I am so sorry to hear of Joe's passing. May Kathleen, Joe, Jr., Tessy, and Sally, know that they are in my thoughts and prayers. Joe had a wonderful smile, and was always a kind, Christian neighbor to my parents, my brothers, and to me. Sending God's blessings to comfort Kathleen, especially. Sincerely, Karen Cecil Wright
Karen Cecil Wright
April 14, 2015
Mr. Burks was loved for many things. What a special person that he was to his family and all that knew him. I will remember Mr. Burks for many things but one memory, I will never forget. When I was a student at Southern High School, my father had been hospitalized for a heart condition. We had lived on the same street as Mr. Burks and our grass needed cutting, as it had grown really tall. My mother had been extremely busy that month, my brothers were still young and had not been allowed the responsibility yet, as we had a hill to cut. When Mr. Burks had asked me about our yard, I told him that I needed to help my Dad, and that I would get the grass cut on Saturday morning. When Saturday morning came, extra strong help had arrived to help me with the job. Mr. Burks had suggested to this person to come and help me with the yard. Mr. Burks had such a great influence on all of the people that he coached.
Diane Gray / Stanley
April 6, 2015
I'm so sorry to hear about Joe's passing. I am also sorry I am just now reading this. Joe and my father played football together at Manual and were also together at The Cabbage Patch. My father has been gone for 12 years. Prayers for the family.
Jinjer Collins Lucas
March 25, 2015 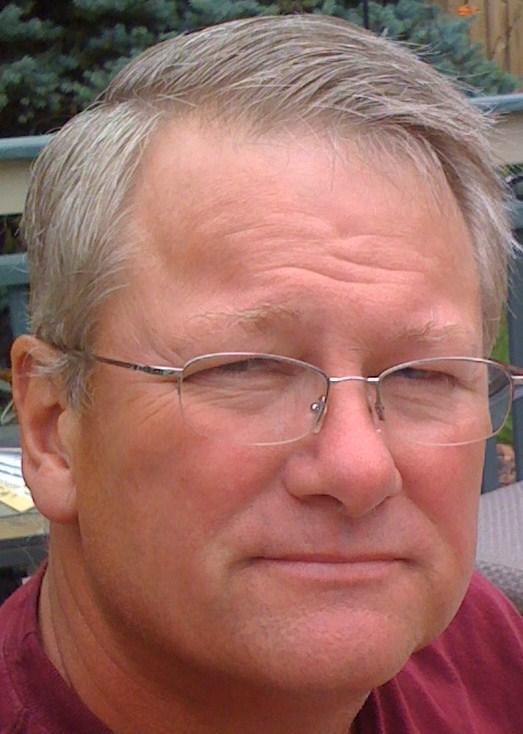 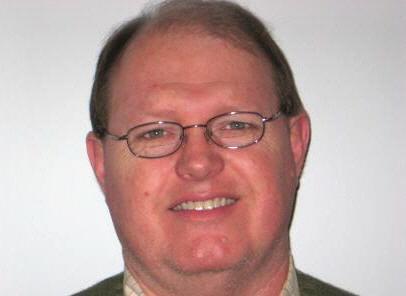 I have lived in Tennessee for 43 years; but for the first 15, I was two doors down from Coach Burks and family. Childhood was special because of neighbors like the Burks and friends like Joe Jr., Tessie and Sally. Please accept my sincere condolences and my prayers for all of you. May God strengthen and keep you during this time.
Rev. Gene Skaggs
March 22, 2015
I only met him a few times, but they were enough to realize his wonderful spirit and understand his great love for his family. You all are in my prayers.
Diana French
March 22, 2015
I have known Joe and Kathleen for quite a long time...they have always demonstrated their love and deep devotion to the LORD...have been wonderful friends...and, the love and care they have exhibited toward their children and grand-children is heart-warming.
One of the most delightful qualities they have lived before others is the deep devotion and love they have shared for each other. Kathleen has been completed devoted to the care and well-being of her Joe throughout his extended time of illness...it was quite evident that Joe was her heart-beat. I know the days ahead will be difficult and challenging, but, as a faithful believer, I'm quite sure she'll live the days ahead in the grace and peace that only the LORD Jesus Christ can provide.
Kathleen, you and your sweet family are in the hearts and prayers of those who know and love you. May God's peace and grace carry you through the coming days and may your heart soar as you keep your gaze focused on that day when we will all spend eternity together with our LORD and our loved ones who have gone home just a little ahead of us...smile.
Love and Blessings,
Retha Raymer Pirtle 3-22-2015
March 22, 2015
Our deepest sympathy to the entire Burks Family. Ida and Jennifer Hazard
March 22, 2015

He lead by example and his unwavering commitment to his Teachings and Coaching, Family, and Faith was just a small part of this rugged and tough 6'8", 275 lb. man that the good Lord decided to make and put in a small "pint size"package with a special swagger to match.

Joe Burks was the "Real Deal" and a true " Man's Man" that influenced thousands of lives through his years of service to the Public Schools and specifically to Southern High. Joe leaves this earth with a proud legacy that he and the entire Burks Family and all who knew him will celebrate forever.

His special friendship to me has guided me personally for nearly 50 years and I do not plan to make any changes as I know he is looking down on all of his SHS "boys" with that special Coach Joe Burks Smile. If you knew or played sports for Joe Burks, you were blessed with a special friend in this life. He created the words "Integrity"and "Unselfishness."

Thanks Coach Burks for your life and your family!

Sent from my IPad
Mike & Jacquie Myers
March 22, 2015
Burks family...so sorry to hear of your loss. He was such a great man...many happy memories of the Burks family at Male High games. Keeping you all in my prayers.
Debbie Sorrels
March 22, 2015
Kathleen and famly...we were neighbors for so many years, yet never spent time together. The last time I saw Joe was at my Aunt Mary Ann's house the day my Uncle Jr. was buried. Joe was so sweet to me that day. I'm in contact with almost 300 Southern High School alumni on facebook, and I've yet to hear one say they didn't like Joe. He's been in all of our thoughts and prayers all week. Love to all of the family, and tell my Aunt Mary Ann and my crazy cousins that I love them all very much too.
Wanda Tudor Adams
March 22, 2015
Sorry for your loss...he was a great man, coach , mentor & teacher. I was a cheerleader for his teams from 1971-1975 & both of my brothers, David & Doug, were coached by him.
Debbie Fischer Schmid
March 22, 2015
Our thoughts and prayers are with you all during this difficult time. It is comforting to know that Mr. Burks is now home with his Heavenly Father. Amen.
Steve & Barbara Arnold
March 22, 2015
Dear Burks Family,
There are no words...just our memories to hold dear. May God bless you and comfort you in the days ahead.
Thoughts and Prayers,
Frankie Krebs Buckman and Family
SHS 1974
March 22, 2015
Sorry to hear of Mr. Burks passing. Our thoughts and prayers are with you during this time of sorrow. Our families were Judge Boulevard neighbors for many years, the good old days. Thanks for being a great role model for many SHS students. Pamela Grant Burton '65, Steve Grant, Rhonda Grant Payne, and our Mom, Gloria Grant.
Pamela Burton
March 22, 2015
So sorry to hear about Joe. He was a tireless worker in teaching and coaching. Very dedicated to his program and his players and most of all...his family. Nobody was going to outwork him on the court. Peace be with his family.
Bill Jarboe
March 22, 2015
A man of honor and was loved dearly! A neighbor, coach and fantastic teacher! Prayer to all his family!
Cathy West-Head
March 22, 2015
The measure of a man is to leave the world a better place. Joe spent his life doing so.May all who loved him follow his steps.

Stan and Bonnie Whitaker
stan
March 22, 2015
I played for Coach Burks 1972 Southern High. He was great with the students. Thoughts and prayers go out to the family.
Doug Decker
March 21, 2015
My thoughts and prayers are with the family. May God bless. I played for coach Burks at Southern in 1970. Of all the coaches I played for, coach Burks was the best motivator and mentor. I enjoyed that particular year a great deal.
Terry Field
Terry Field
March 21, 2015
One of the greatest men I've ever known...Joe was a role model for me as a young teacher and coach. He had a great sense of humor, a real gift of getting the best out of players and a way of making you want to be a better person. I've always told people that he was a tough guy. I never saw him back down from a challenge and if I had a battle looming, Joe Burks would be my first recruit! He is in a better place...without a doubt. Lloyd Harris Louisville KY
March 21, 2015
Coach Burks,
One of my favorite coaches and people to talk sports with.