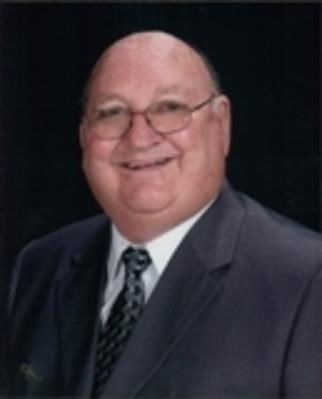 Joe was born to the late Joseph and Mary Dant in Montgomery, Indiana. He served his country in Korea and during the Vietnam War, and later retired from the U.S. Army as a Master Sergeant. After retirement Joe served as a vice president of Dispensers Optical and later Korrect Optical for 21 plus years. He was a member of the American Legion Post 201, Leader of Compassionate Friends, the Assumption Council Knights of Columbus, Monsignor Bouchet General Assembly 4th Degree Knights of Columbus, and former KY district Master, former Vice Supreme Master and one of only three recipients in KY of the Father Dentinger Lifetime Achievement Award.

He was preceded in death by his parents; siblings, Robert Murphy, Betty Dant, and James Dant; and daughter, Janet Dant.

Visitation will be held 2-8 p.m. Friday at Ratterman and Sons, 3800 Bardstown Road. Mass of Christian Burial will be 10 a.m. Saturday at St. Martha Catholic Church, with burial to follow in Calvary Cemetery.

Memorial contributions may be made to the Ryan Foundation, 2321 Bradford Drive - Louisville, www.ryanfoundation.org. Online condolences may be made at www.Ratterman.com.

Published by Courier-Journal on Jul. 13, 2016.
To plant trees in memory, please visit the Sympathy Store.
MEMORIAL EVENTS
Jul
15
Visitation
2:00p.m. - 8:00p.m.
Ratterman & Sons Funeral Home - Bardstown
3800 Bardstown Road, Louisville, KY
Jul
16
Mass of Christian Burial
10:00a.m.
St. Martha Catholic Church
KY
Jul
16
Burial
Calvary Cemetery
KY
Funeral services provided by:
Ratterman & Sons Funeral Home - Bardstown
MAKE A DONATION
MEMORIES & CONDOLENCES
Sponsored by The Courier-Journal.
3 Entries
My sincere condolences on the passing of such a nice/caring/wise man - your family is in my thoughts and prayers.
Nancy Elder
July 13, 2016
Jean and Family,
Deepest condolences from Richy and I on the passing of Joe. I was hearbroken to hear about this today. You all will always hold a special place in our hearts. It was truly a blessing that he and my Dad got together first at Dispenser's then at Korrect. I know Richy benefitted greatly from Joe's insight into the Optical business and he continues to be eternally grateful. We will all miss him.
Robbie & Richy Kleinman
July 13, 2016
Jean,

So sorry to hear about Joe's passing. He was respected so much by our family and was an integral part of our success. I remember the tiny office Joe and my father shared at Dispensers and the fun they had growing that business. Having Joe come to work at Korrect before he retired was a big bonus for our company. He personally taught me many things about the optical business. For that, I am truly grateful. He will be missed.
Steve Baker
July 13, 2016
Showing 1 - 3 of 3 results