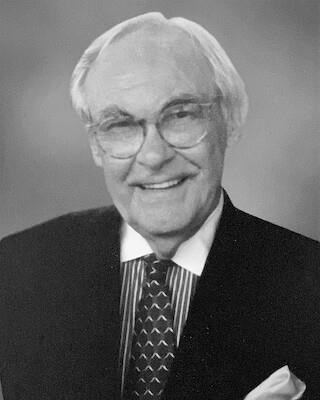 Louisville - Leonard Stanley Chauvin, Jr. was born on February 13, 1935 in Franklin, Kentucky where he was raised by his revered father, Judge L.S. "Dick" Chauvin, and resolute mother, Lucille Wilson Chauvin along with, as was the way of small Southern towns, the entire character-filled populace of Simpson County. Known to and by everyone simply as "Brother," he spent his idyllic boyhood seeking (mis)adventures in and around the courthouse, the town square, and/or one or more of the three local pool halls. The center of his universe shifted slightly in 1949 after his narrow-minded despotic high school principal spoke those fateful words: "Brother … if somebody'd give me a nickel, I'd kick you out of this school." In what has now become an indelible part of local lore, the broad-minded fiercely independent freshman calmly responded by dipping down in his pocket and pulling out a dime. It was, he would later recall, the best ten cents he ever spent; a down-payment on his admission to Castle Heights Military Academy in nearby Lebanon, Tennessee where he spent what may have been the three most influential and enjoyable years of his life. He was then and would forever be grateful for the attention, affection, guidance, great good-humor, sense and sensibility he was shown by the wonderful and wonderfully eccentric people of his beloved hometown.

A proud graduate of the University of Kentucky and an equally proud graduate of the University of Louisville School of Law, Mr. Chauvin was among the last of that greatest generation of remarkable lawyers who set the bar for everyone called to the bar thereafter. He was admitted to practice in eleven states and the District of Columbia and argued cases at all levels of the state and federal court systems including the United States Supreme Court. He was, moreover, known not only as a lawyer's lawyer but as a litigant's lawyer, approaching each case as a problem to be solved, not a fight to be won. Mr. Chauvin was admired by his colleagues for his exhaustive preparation, keen intelligence, unrivaled wit, sartorial splendor, and unwavering civility and respect bordering on veneration for the important role that lawyers play in our society.

His devotion to his chosen vocation drove him to become a leading advocate for the legal profession. He served as President of the Louisville Bar Association, President of the American Judicature Society, Chairman of the Fellows of the American Bar Foundation, and Chairman of the House of Delegates and President of the American Bar Association. Mr. Chauvin traveled the county and the world (including trailblazing visits to China and the U.S.S.R.) promoting the rule of law, equal access to the courts for the disenfranchised, juvenile justice issues, prison reform, and the preservation of an independent judiciary. He was recognized for his efforts with what he humbly described as "an obscene" number of awards, honors, and tributes. Having greatly and gratefully benefitted as a young lawyer from mentorship by outstanding attorneys such as Daniel B. Boone, John Y. Brown, Sr. and Joseph E. Stopher, Mr. Chauvin paid this gift forward many times over by always making time for young lawyers wanting or needing advice, counsel, or just to hear a great story from a masterful storyteller in a beautiful expertly-tailored suit.

Mr. Chauvin, who spent much-treasured time as boy on the campaign trail with his father, was passionate about the political process. He was an aide to Senator (and Senate Majority Whip) Earl Clements in Washington D.C.; was privy to the political machinations of Democratic Headquarters (a/k/a "Fourth Street") when Louisville was still a "machine-run" town; and was intimately involved in numerous local, state, and national political races to include running the presidential campaigns in Kentucky for Senators Robert F. and Edward M. Kennedy. His interest and exhaustive knowledge in the field was reflected in his massive and wide-ranging collection of political history books. While he enjoyed scouring used bookstores collecting these tomes, his bliss came from reading them. It has been suggested that the only person who possibly knew more about the New Deal than Mr. Chauvin was FDR himself.

Leonard Stanley "Brother" Chauvin, Jr. passed away at his home on May 12, 2021 surrounded by his family. He was preceded in death by his parents and his cherished sister Barbara Chauvin Curry, all of whom he missed every single day since their passing. He is survived by his wife of sixty-two years, Cecilia Allen "C'Allen" McKay Chauvin who was his able partner and enthusiastic companion in all his endeavors; his three children L. Stanley Chauvin III (Mary), Jaqueline Lee Chauvin, and Judge A.C. McKay Chauvin (Laura); and his seven grandchildren (Kate, Lucy, and Claire, Cassidy, and Addison, Whitney, and Jackson). He was a devoted husband, exemplary father, doting and generous grandfather, an esteemed lawyer and a genuinely nice man who encouraged and/or admonished everybody to "be nice - not just to the people you think you should be or have to be nice to." He believed that while people may strive for success, wealth, status, or popularity, "the only thing that really matters in the end, and the measure by which we will all ultimately be judged and remembered is simply how well we treat other people." He will be judged very, very kindly and remembered very, very well.

The Chauvin family is enormously grateful to the staff/angels from Hosparus of Louisville and Caroline Grace Feller, LLC Private Home Healthcare. A private memorial service will be overseen by Pearson Funeral Home.

It was Mr. Chauvin's request that expressions of sympathy or memorial tributes be made in form of donations to the Kentucky Bar Foundation (kybarfoundation.org), the Louisville Bar Foundation (loubar.org), or Her Best Foot Forward (footforwardfund.org).