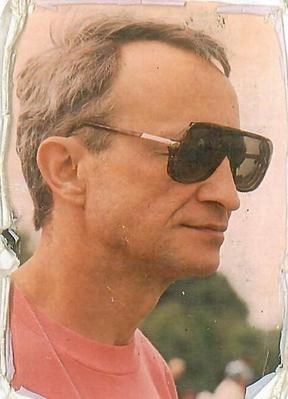 Louisville - Lewis (Lew) Benham was born in Detroit, Michigan on April 4, 1941. He would remain in

Michigan until his graduation from Rochester High School. Lewis was accepted to the

prestigious U.S. Air Force Academy as a cadet majoring in mathematics. He was honored and privileged to be one of the members representing the Academy at the funeral services for the late

President John F. Kennedy. Upon graduation from the Academy in 1965, Lew served as navigator on the B52 bomber planes in the Vietnam War. After his service in the war, Lewis

returned home to attend Harvard Law School in Cambridge, Mass., having graduated in 1976.

Lew's legal career included teaching law as well as practice. It was his teaching career

that brought him to Louisville to teach at the University of Louisville. When he ended his teaching career he entered private practice where he remained a great advocate in bankruptcy law

until his retirement in 2005. While after retirement he had been a snowbird spending a great deal of time in Florida he maintained his primary residence in the Louisville Metro area.

Lewis departed this life on Saturday October 19, 2019. Funeral services are private and

Published by Courier-Journal from Oct. 19 to Oct. 20, 2019.
To plant trees in memory, please visit the Sympathy Store.
MEMORIAL EVENTS
To offer your sympathy during this difficult time, you can now have memorial trees planted in a National Forest in memory of your loved one.
Funeral services provided by:
J.B. Ratterman & Sons Funerals
MAKE A DONATION
MEMORIES & CONDOLENCES
Sponsored by The Courier-Journal.
3 Entries
It was my honor to call him my friend for so many years. He had so much integrity and intelligence and he always challenged me to be my best
Victoria Weber
August 30, 2020
Mike RUSSELL
March 22, 2020
I remember Attorney Benham very well. He represented me in several legal issues. He was a very sweer man with a very nice smile. Rest in peace, Mr. Benham.
Yvonne Knight
October 20, 2019
Showing 1 - 3 of 3 results