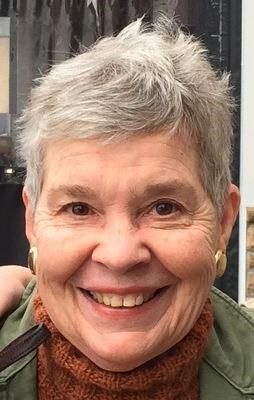 74, died on December 22, 2016. A proud lifelong Louisvillian, she graduated from the Louisville Collegiate School, received her B.A. in history from the University of Louisville, and her M.S.W. from the University of Louisville Kent School of Social Work. After an early career in social work, she served as curator of the Filson Club Historical Society and The Kentucky Derby Museum. An antiques expert and longtime judge at the Kentucky State Fair in many categories of their Antiques competitions, she lectured frequently on historic preservation, Kentucky history, silver, and primary document research. She was bestowed the Honorable Order of the Kentucky Colonel for her research on Kentucky's early monetary system and honored by Churchill Downs with the Isaac Murphy Award for her trailblazing research on African American contributions to thoroughbred racing. She was a champion for historic preservation and helped numerous organizations research, document, and achieve historic landmark status. She was awarded the Historic Preservation Medal in 2008 by the Daughters of the American Revolution for Outstanding Achievement in Historic Preservation. She authored and published So Close From Home: The Legacy of Brownsboro Road in 2007, for which she received a Kentucky History Award from the Kentucky Historical Society in 2008. Her other publications included Racing Around Kentucky and numerous articles for local and national publications, including The Kentucky Encyclopedia. In retirement, she served as a devoted docent for Historic Locust Grove, was active with the Windy Hills Garden Club, and continued as a spry member of many decades at Milestone Fitness Center, where she was known as "Ballet". She was preceded in death by her loving husband, Donald Irwin Renau. She is survived by her beloved dog, Lord Barkley, and her daughters, Christian Worth (Ben) and Alicia Michal Rasmussen (John), as well as four grandchildren, each of whom she was fiercely proud: Emma and Henry Worth and Lily and Toby Rasmussen.

In lieu of flowers, the family requests donations in Lynn's memory to Locust Grove, in support of the Book Sale, www.locustgrove.org, or the charity of your choice.


To plant trees in memory, please visit our Sympathy Store.
Published by Courier-Journal on Jan. 8, 2017.
MEMORIAL EVENTS
Feb
5
Memorial service
2:00p.m.
Locust Grove Visitors Center
561 Blankenbaker Lane, Louisville, Kentucky
MAKE A DONATION
Please consider a donation as requested by the family.
GUEST BOOK
Sponsored by The Courier-Journal.
9 Entries
I was saddened to hear of the passing of Lynn Renau. She was kind, thoughtful and caring as well as an excellent historian who was passionate about her work. She helped our family a great deal in discovering some long forgotten roots about which we would have otherwise known nothing. Our deepest condolences to her family. We will keep her memory in our hearts and in our prayers.
Catherine Felten
March 5, 2017
I was saddened to hear about Lynn's passing. I always enjoyed listening, and she enjoyed telling about Lord Barkley, her children and her grandchildren. Saturdays at Locust Grove won't be the same without her.
Rodger Taylor
February 1, 2017
I am sorry to learn of the loss of your Mother. Treasure her memories. Both your Mother and your Father were special to me.
John Harris
January 30, 2017
I just now saw this and am so sorry for your loss. Lynn was a wonderful supporter of our public radio stations and it was always a joy to see her and get her phone calls. She requested probably my favorite day sponsor message of all time - in honor of Lord Barkley. We even read it with a British accent for her!

Her presence will be missed. You are all in my thoughts.

Best, Layla George
Louisville Public Media
Home of 90.5 WUOL Classical
January 19, 2017
My deepest sympathy for all at the loss of our brilliant and beloved Lynn and most especially for her dear family. Oh. how I will miss her light up a room smile and her enthusiasm over so many interesting and historical things. So much about Lynn was special. She was kind, thoughtful, smart and caring. We will all miss her so much at Locust Grove. I could not have asked for a better friend. I am very thankful to have known Lynn and to have the memories of all the fun times we had together.
Tricia Langley
January 17, 2017
So sorry to hear of Lynn's passing. We shared lots of information about St Matthews's early families.
Richard Simcoe
January 15, 2017
I always enjoyed talking with her, especially about Lord Barkley. She was fun to work with. I always learned something interesting about history when I was with her. She will be missed.

Nancy McFarland
January 7, 2017
Jeannie and John Vezeau
January 7, 2017
I will always remember her huge wealth of knowledge, her biting wit, and her love for Lord Barkley. She kept me on my toes and sometimes made me crazy. Locust Grove and I will miss her very much.
Nina Ayers
January 7, 2017