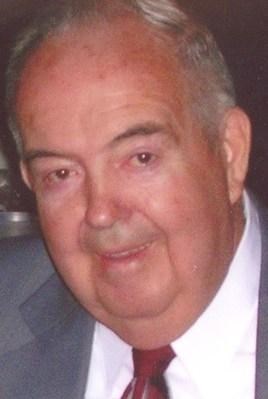 92, entered into eternal rest on September 25, 2014. Raymond retired from L & N Railroad as a supervisor and then began working at Churchill Downs in the admissions department for 10 years. Raymond was also a proud Army Combat Veteran of World War II, where he served with the 811th Tank Destroyer Battalion and fought at the Battle of the Bulge in Bastogne.

Please visit www.evergreen-louisville.com to share your memories of Raymond with the family.

Published by Courier-Journal on Sep. 27, 2014.
To plant trees in memory, please visit the Sympathy Store.
MEMORIAL EVENTS
To offer your sympathy during this difficult time, you can now have memorial trees planted in a National Forest in memory of your loved one.
Funeral services provided by:
Evergreen Funeral Home
MAKE A DONATION
MEMORIES & CONDOLENCES
10 Entries
Dennis, Susan,Steve, Laura, Jeff and Mike, it is very sad news to hear of the passing of your father. I have only fond memories of being at your home as a child. Your father was always such a kind person, I'm sure your loss is very deep. May God bless you in this difficult time.
Martha Laurenz-Karcher
October 9, 2014
Dennis, It's been a long time since those St. Leo days but I've never forgotten what a truly nice man your Dad was. You and your family have my deepest sympathy.
Jim Stengel
September 29, 2014
I extend my sincere sympathy to Aunt Lucille and family.
Uncle Ray was a very pleasant And gracious person, a true gentleman!
Bernadette Portman Marques
September 29, 2014
Would like to offer you Lou and family my condolences at the death of Ray and the assurance of my prayers.Ray was a great man who lived his faith by the way he lived his daily life.As he met his God face to face,God told him"well done good and faithful follower of mine and enjoy Heaven
Deacon Phil Tremblay CR
September 28, 2014
The members of Narvre Unit 41 wish to express their deepest sympathy to the family. It is very sad to lose our member Ray. May he rest in peace.
Betty Hundley
September 28, 2014
Dennis, your father was a true joy when he worked with me at Churchill Downs. Always friendly and polite. A wonderful person. I will pray for him and your whole family. It is so hard to lose a loved one.
Phyllis Cook
September 28, 2014
The Schmidt family has all of my sympathy.Mr Schmidt was a good person and will be missed by many.