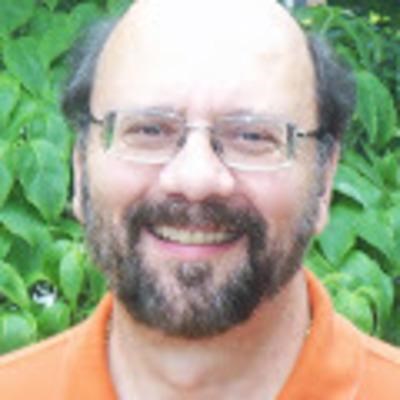 He is survived by his wife, Kay; his daughter Cara Combs (Brad) of Las Vegas, NV, and her children, Ethan, Kimberly, Alec, and Noah; his son Aaron Omanson (Akane) of Mishawaka, IN; his father Roland Omanson of Kewanee, IL, his sister Linda Joiner (Steve) of Freeport, IL, his sister Christy Bowen (Ron) of Blue Springs, MO; his stepson Neal Cox (Samantha) of Louisville and his children, Drew, Lauren, and Ryan; his stepdaughter Jessica Torres (Alex) of Plano, TX; and many nieces and nephews.

Roger was born in Kewanee, IL, graduated from Illinois State University, and moved to Louisville in 1964. He received his PhD from Southern Seminary and was on the faculty there for eight years. Most of his professional life was spent as a translation consultant with an international organization. In this position, he lived for a time in both Africa and Europe and worked on six continents.

A memorial service and celebration of Roger's life will be held at 2 p.m. Saturday, May 9, 2015 at Thomas Jefferson Unitarian Church, 4936 Brownsboro Road, with a reception to follow immediately.

The family requests that expressions of sympathy be made to the endowment fund of Thomas Jefferson Unitarian Church.

To leave a special message for the family please visit, www.NewcomerKentuckiana.com.