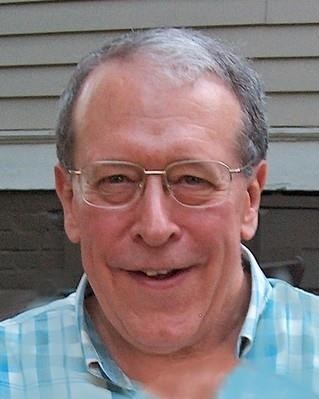 Sam was a preeminent trial attorney in Louisville, and was widely regarded by his peers for his intellect and legal skills. A sole practitioner, he was previously associated with the law firms of Frank E. Haddad, and Greenebaum, Doll & McDonald.

Sam was listed in Who's Who in American Law, and at various times served as contract attorney for the Federal Deposit Insurance Corporation, the City of Louisville, and Jefferson County, Kentucky. He was counsel to former Kentucky Governor Louie B. Nunn, and was National Product Liability Counsel for Winston Industries, Inc.

A patriot, he served as a Captain in the Air Defense Artillery, United States Army Reserve, from 1967 to 1976.

He was preceded in death by his parents, Samuel Manly III and Nell Montgomery Manly and his former wife Tacie Bond Manly.

He will be remembered as a gregarious, larger-than-life yet humble man who loved the Lord.

Funeral services will be at 12 pm on Tuesday, at Pearson's, 149 Breckenridge Lane, followed by burial at Cave Hill Cemetery. Visitation will be from 4-7 pm on Monday at Pearson's.

To plant trees in memory, please visit our Sympathy Store.
Published by Courier-Journal on Jan. 21, 2018.
MEMORIAL EVENTS
Jan
22
Visitation
4:00p.m. - 7:00p.m.
Pearson Funeral Home
149 Breckenridge Lane, Louisville, KY 40207
Jan
23
Funeral service
12:00p.m.
Pearson Funeral Home
149 Breckenridge Lane, Louisville, KY 40207
Jan
23
Burial
Cave Hill Cemetery
Funeral services provided by:
Pearson Funeral Home
GUEST BOOK
Sponsored by The Courier-Journal.
9 Entries
Mr. Manly was a gentleman & a scholar! I am forever indebted to him for representing me during a troubled time!
Feotis Gilbert, II.
Acquaintance
January 15, 2021
am forever indebted to Sam Manly. He believed in me at a time in my life that was a dark time in my life & represented me in a criminal case that I was totally acquitted on. I would call him on the anniversary of the day he won my case over. I was saddened to learn of his passing. I truly loved the man for his kindness towards me!
Feotis Gilbert II
Friend
July 2, 2020
Sam, I just learned of your passing today. You were my best friend and my attorney for many years. You helped me whenever I needed help, and you never charged me a dime. You are one of the best people I have ever known in my life. Thank you for everything you've done for me and God bless you and may you rest in peace. I will miss you a lot!
Joseph Pappas
April 22, 2018
Sam was a man of integrity. His Christian belief and his approach the duties and practice of a lawyer and advocate were united. It was a pleasure to know him. I wish I had known him better.
James G. Uzzell, Esq.
James Uzzell
January 30, 2018
Godspeed Sam.."gregarious and bigger-than-life' indeed..
January 29, 2018
I will miss Mr. Manly very much. I always enjoyed seeing him and talking to him and getting to pet his dog Annie. I was so sad to hear of his passing. I am thankful though for how much he loved the Lord. That was evident to me through my whole life of knowing him. He will be missed.
Lily Cooksey
January 21, 2018
RIP Sam..... Friend and neighbor. A brilliant mind; a gentleman and a wonderful conversationalist on most any subject... we will miss him.
Mike Smither
January 21, 2018
From all the staff at the Extended Stay America hotel we send our deepest condolence to Mr. Manly's Family, He will be missed.
Josh Diaz
January 21, 2018
I'm saddened this morning to learn of Sam Manly's passing. The obituary description of Sam as a gregarious, larger-than-life, yet humble man was 'spot-on.' To that I would add that Sam was one of the most intelligent and well-educated lawyers I've had the honor to work with in my 52 year legal career. Sam was a 'special' and unusual character. I will miss his intellect and personable demeanor. RIP Sam, you enjoyed a life well led and left quite a mark on our profession during your time with us.
J. Bruce Miller
January 21, 2018