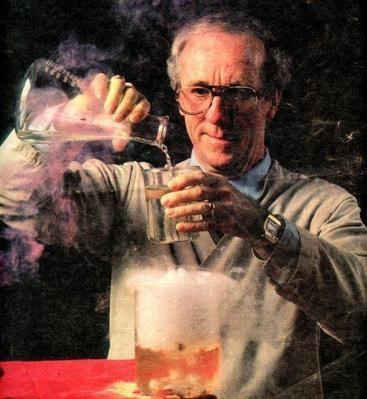 Thomas was born October 22, 1931 in Louisville, Kentucky to parents Tom and Margaret Crawford.

He was preceded in death by his wife, Wanda,; parents and sisters(Maxie Kirk and Pat McCoy).

He was a graduate of Manauel High School and he was a veteran of the U. S. Navy. After his naval service he attended the University of Louisville where he earned a B.S. in Chemistry in 1961.

In 1961, Dr. Crawford joined the faculty at UofL in the Department of Chemistry teaching in the area of general and inorganic chemistry. He's served as a spokesman for the American Chemical Society and, for more than 25 years, he provided a traveling chemistry show geared to promote science. An estimated 100,000 people in a variety of settings K-12 schools, colleges and universities, and civic and church groups have seen the show.

Among his many other achievements, Dr. Crawford received the Kentucky Association Environmental Award, the UofL Alumni Association Order of Merit Award, and the UofL Alumni Association Red Apple Award for Excellence in teaching. He served on many community boards and committees, including 18 years as a member of the Board of Directors of the Christian Church Homes of Kentucky and serves on the Metro Louisville Ethics Commission. Upon his retirement from the faculty in 1998, Dr. Crawford was named Professor Emeritus.

He was an active member, teacher and elder of Shively Christian Church for 40 + years and more recently attended the Southeast Christian southwest campus.

The Family would like to thank Dr. Michael Driscoll, Dr. Carmel Person, Dr. James Bosler & the staff at Symphony at Valley Farms for their kind and caring hearts.

Memorial gifts to Hosparus of Louisville.

I just found out Dr Crawford recently passed away and I am so very sorry to hear that. Dr Crawford was my chemistry teacher when I first attended UofL and took basic chemistry in 1976. I remember struggling through and being ready to give up however he saw something in me and he encouraged me not to give up. That confidence he had in me inspired me and since that time I went on to accomplish many goals that I would not have even set had he not believed in me which allowed me to believe in myself. My condolences to his family but I want them and every one to know that Dr Crawford was a very great and kind man in addition to being a brilliant chemist. May you rest in peace sir.
Mark V. Burns, MD FACP
March 30, 2019
I met Dr. Tom Crawford when I started working in the UofL Chemistry Department in 1981. Dr. Crawford & his 'Poppollution' show introduced my (preschool age) son to chemistry and he talked quite often about what he saw and learned. Tom Crawford was a wonderful person. He gave to others in ways that leave lasting and loving memories. Praying for his family and friends !!!
Cindy Saling
November 6, 2018
Dr. Tom Crawford was my first chemistry professor at the U of L. Not only was he an excellent teacher; he was a good human being. I will miss his kindness, caring and love of the Lord.
Joyce Specht
November 5, 2018
Showing 1 - 3 of 3 results