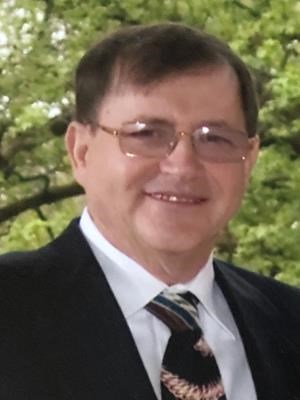 Bill was a hardworking man who took pride and joy in providing for his family. He served his country during a tour in the US Navy and held several sales positions throughout his career.

Bill was a kind and loving man who enjoyed his family. He is survived by his children Heather Kaluza (Arnold) and Austin Black (Maggie), grandchildren Nina, Alison, Ashton, and William, and companion, Carmen Newman. He was preceded in death by his wife, Shirley C. Black.

Graveside service will be 1 PM Saturday at Cave Hill Cemetery 701 Baxter Avenue (Friends may gather at the Broadway entrance at 12:50 PM) Visitation will be 11-12:30 PM Saturday at Pearson's 149 Breckenridge Lane .

In lieu of flowers, the family requests that memorial contributions be made to University of Louisville James Graham Brown Cancer Center.

Published by Courier-Journal on Aug. 16, 2019.
To plant trees in memory, please visit the Sympathy Store.
MEMORIAL EVENTS
Aug
17
Visitation
11:00a.m. - 12:30p.m.
Pearson Funeral Home
149 Breckenridge Lane, Louisville, KY
Aug
17
Graveside service
12:45p.m.
Cave Hill Cemetery
701 Baxter Avenue, KY
Funeral services provided by:
Pearson Funeral Home
MAKE A DONATION
MEMORIES & CONDOLENCES
Sponsored by The Courier-Journal.
2 Entries
My deepest sympathies.May the God of all comfort strengthen the entire family during this time of sorrow. Always remember that God keeps in his memory those whom we lose because they are precious in his eyes (Psalms 116:15)
Ss
September 11, 2019
I have learned of Bill's passing from Doris June Tabb and am saddened by the news. Sincere sympathies to Heather, Austin, and family members. Rest in peace my fellow veteran.
Giles Light
August 15, 2019
Showing 1 - 2 of 2 results