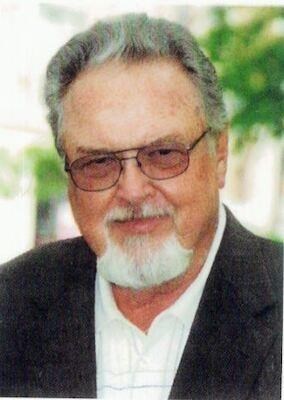 Willis was a member and trustee of Garrs Lane Methodist Church, a 1961 graduate of Butler High School and a graduate of U of L with a Bachelor of Science in Business Administration. He retired from Brown Foreman Distillery after 45 years of service and is a Master Distiller Emeritus for Michter's Distillery. Willis was an avid fisherman and hunter.

Willis was known as "Doctor No" in the bourbon community. He was a master of perfection when it came to his bourbon. One of his proudest accomplishments was getting Michter's back on the shelf for all to enjoy.

He is preceded in death by his parents Vertie and Kenneth Pratt; grandson, Kyle; brother-in-law, Don Warner.

Published by Courier-Journal from Dec. 28 to Dec. 30, 2020.
To plant trees in memory, please visit the Sympathy Store.
MEMORIAL EVENTS
Dec
31
Visitation
KY
Dec
31
Service
5:00p.m.
Owen Funeral Home - Dixie Highway
5317 Dixie Highway, Louisville, KY
Funeral services provided by:
Owen Funeral Home - Dixie Highway
MAKE A DONATION
MEMORIES & CONDOLENCES
Sponsored by The Courier-Journal.
7 Entries
Paula, David and Jason,
I am so sorry to hear about your dads passing!
Your in my thoughts and prayers!
Robyn Scott
Friend
January 9, 2021
Paula, David and Justin, I´m so sorry for the loss of your father! Know you and your family are in my thoughts and prayers!
Timothy Ryan Miles
January 9, 2021
Patsy, I´m sorry for your loss! God Bless you all, you´re in my prayers. Bob
Bob Kupper
December 31, 2020
It´s hard to understand why people are taken from us, but find comfort in knowing you were a special part of a well-lived life. Keeping you and your family in my prayers.
Martha Martin
December 30, 2020
I worked with Willie for several years in the late 80's and he was truly a great guy. He will be missed!
Mary Lou Holt
December 29, 2020
Willie was one of my sweetest and dearest friends and co-worker. During our years at Brown-Forman and even after, Willie and I still collaborated on some fun projects. I will miss our long lunches and arguing over whose turn it was to pay. Rest in peace, dear friend.
Janis Kurtz
December 28, 2020
Patti, Our thoughts and prayers are with you and your family...I worked at BF with Willie and enjoyed learning a lot from him.
Tony Zierer
December 28, 2020
Showing 1 - 7 of 7 results