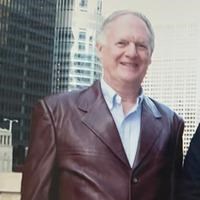 Born in Cape Girardeau, Missouri in 1944, he was the son of the late Nyal Ravenstein and Ruby (Schlimme) Ravenstein. He graduated from Central High School in Cape Girardeau, MO, with the class of 1962. Then he graduated from the University of Missouri with a B.S. in Electrical Engineering. He owned and operated Bomara Associates of Chelmsford, MA for 40 years—a technology firm he started in 1981. He was an active member of WB1GOF, the Police Amateur Radio Team of Westford, and a lifetime member of the ARRL. Bob was also a member of the First Parish Unitarian Universal Church of Chelmsford, MA.

His FCC Extra Ham Radio callsign was W1FDR, He was an Eagle Scout and member of the Order of the Arrow. He enjoyed skiing, radio fox hunting and golfing.

Published by Lowell Sun on Dec. 5, 2021.
To plant trees in memory, please visit the Sympathy Store.
MEMORIAL EVENTS
To offer your sympathy during this difficult time, you can now have memorial trees planted in a National Forest in memory of your loved one.
MAKE A DONATION
MEMORIES & CONDOLENCES
Sponsored by lowellsun.com.
4 Entries
I've known Bob since he was a paperboy delivering Southeast Missourian Newspapers in the Rodney Vista area of Cape Girardeau, MO in the 1950s. We also attended high school together although in different classes. He had a contagious smile and a great sense of humor. He was just an all-around good guy. My sympathy and prayers go out to his many friends and family. He will be missed.
G. Paul Corbin
Friend
December 12, 2021
I offer my sympathy to the Ravenstein children and grandchildren for the loss of their mother followed by their father.
David Eric Heil K8MN
Other
December 6, 2021
Eric and Yalin, we are so sad to hear the news of your parents' passing. although we do not know you, we're neighbors at 9 Lafayette Terrace and would be glad to offer our assistance in any way that may help. There must be a lot to do, and know that your parents are in are hearts.
Betsy White, and Peter White
Other
December 5, 2021
Please, accept our heartfelt condolences. May our Lord comfort the family in these trying times...
Ricardo and Dee Machado
Other
December 4, 2021
Showing 1 - 4 of 4 results