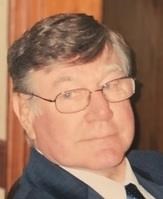 Clifford Leslie Tucker, 85, a longtime resident of Chelmsford, recently of Charlton, passed away peacefully on Tuesday, April 28, 2020, at UMass Memorial Medical Center, in Worcester. He was the beloved husband of the late Nancy (Burnett) Tucker with whom he shared 35 years of marriage before her passing in 1998. He was born on July 27, 1934 in Winthrop, Maine, and was a son of the late John C. and Etta (Young) Tucker. He was raised in Winthrop, Maine, and was a 1955 graduate of Maine Vocational Technical Institute. He served the US Navy from 1955 to 1961, in both active and reserve duties. Cliff worked as a research machinist for Raytheon, MIT Instrumentation Lab, and, until retirement in 1999, Charles Stark Draper Laboratory, where one of his proudest achievements was being part of the team that sent Apollo 11 to the moon and back. Some of the instruments he helped build remain on the moon to this day. Cliff belonged to several Masonic organizations including Rose of Sharon Lodge, Scottish Rite, Aleppo Shrine and Worcester County Shrine Club. In his spare time Cliff was a hobbyist woodworker, and sports fan that was thrilled to live long enough to see the Red Sox and the Patriots bring home the big trophies. Cliff leaves his daughters; Leslie Tucker of Woburn, and Allison Tucker of Waltham, his sister Pauline DeBlois and her husband Lawrence of Augusta, ME, and several cousins, nieces, nephews, grandnieces and grandnephews. A private graveside service will be held at West Chelmsford Cemetery, Chelmsford. Memorial donations may be made in Clifford's name to the Brain Injury Association of Massachusetts, 30 Lyman Street, Suite 10, Westborough, MA 01581 or the Ocean Park Association, PO Box 7296, Ocean Park, ME 04063. Arrangements have been entrusted to the BLAKE CHELMSFORD FUNERAL HOME, 24 Worthen St., CHELMSFORD. Funeral director Paul A. Hardy, Jr. For online condolences please visit CHELMSFORDFUNERALHOME.COM or find us on Facebook.

Published by Lowell Sun on May 3, 2020.
To plant trees in memory, please visit the Sympathy Store.
MEMORIAL EVENTS
Graveside service
Private Service
Funeral services provided by:
Blake Chelmsford Funeral Home
MAKE A DONATION
MEMORIES & CONDOLENCES
Sponsored by lowellsun.com.
1 Entry
To Leslie and Allison.
I am sorry to hear about your father’s passing. I am still in shock and saddened by the news. He was a wonderful, caring and loving man and will be missed.
I hope it comforts you to know that your grief is shared by all of us who knew your dad.
If you or Allison needs anything don't hesitate.
Trenita Robinson
Acquaintance
August 10, 2020
Showing 1 - 1 of 1 results