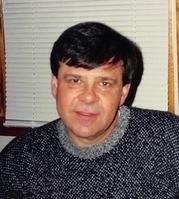 PELHAM, NH John Richard 'Jack' Taylor, 74 of Pelham, NH, passed away after lengthy illness at Lowell General Hospital on Monday, September 13, 2021. He was the husband of Deborah L. (Winn) (Parent) Taylor with whom he shared the last 25 years of marriage.

He was born in Dracut on November 25, 1946 and was a son of the late John R. Taylor Sr., and the late Matilda (Papanotis) Taylor. He was raised in Dracut, where he graduated from Dracut High School.

After graduation from high school, he enlisted with the United States Air Force, honorably serving until his honorable discharge in 1969.

Jack was previously employed for AVCO and was responsible for manufacturing heat shields for the Apollo program, before becoming a truck driver for UPS and Budwiser for over 32 years. Jack had a 1931 Ford that he loved and he enjoyed working on cars, especially building engines. He also enjoyed watching car shows on TV.

In addition to his wife, Deborah of Pelham, NH he is survived by his son, Keith Taylor and his wife, Jacqueline of Dover, MA; his stepson, Paul Parent of Pelham; his stepdaughter, Lisa Hopps of Manchester, NH; and his grandchildren, Sean Hopps, Shelagh Parent, Jaycee Parent, J.T. Taylor and Griffin Taylor.

He is also survived by his sister, Patricia Hill of Ocala, FL; his sister in law, Gloria Desmond of Lowell; and his dear friends, Brenda Macmillan of Pelham, NH, and Billy Bean of Dracut

Jack was predeceased by his dear friend, the late Nelson Muise.

At his request, Jack's funeral was held privately and burial took place at St. Mary Cemetery in Tewksbury. In lieu of flowers, donations in his memory may be made to: Melmark New England School, 461 River Road, Andover, MA 01810. Arrangements by Mahoney Funeral Home, 187 Nesmith Street, Lowell, MA 978-452-6361. Please visit www.MahoneyFuneralHome.com to leave the family a message of condolence.

Published by Lowell Sun on Sep. 26, 2021.
To plant trees in memory, please visit the Sympathy Store.
MEMORIAL EVENTS
To offer your sympathy during this difficult time, you can now have memorial trees planted in a National Forest in memory of your loved one.
Funeral services provided by:
MAHONEY FUNERAL HOME
MAKE A DONATION
MEMORIES & CONDOLENCES
Sponsored by lowellsun.com.
3 Entries
Sorry for your loss. John was the UPS drive to my company in the late 70's. In the winter he would eat his lunch in our receiving sept to keep warm!. Hw was a funny guy.!
David Dismukes
September 27, 2021
Please accept my condolences... Jack was one of the best. We used to hang out in Dracut center. He joined the Airforce with my brother Ken. I'm sure he is in a much better place.
Ron Fox
September 26, 2021
Grief can be so hard, but our special memories help us cope. Remembering you and your loved one today and always.
william dowling
September 26, 2021
Showing 1 - 3 of 3 results