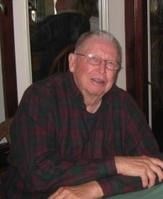 He was born in Lowell, MA June 12, 1932, the son of the late Clifford H. and Lillian M. (Hendricks) Leaver and was raised in Chelmsford, graduating from Chelmsford High School in 1950. He served in the U.S. Navy during the Korean War as a Meteorologist. He began a long career in government service, working at the Watertown Arsenal until it closed, then as a Government Inspector with DCASR Boston. When he became a resident of Laconia, he operated a window and door business until his retirement in 1997.

Besides his wife, he is survived by his brothers-in-law, George Tribuna of The Villages, FL and Dennis Tribuna of Tyngsboro, MA; sisters-in-law, Louise (Tribuna) Surette of Pepperell, MA; nephews, Richard Tribuna and his wife Christine of Billerica, David Surette and his wife Judith of Westford, MA, Brian Surette and his wife Susan of Brookline, NH, Steven Surette of Pepperell, MA; nieces, Sandra (Tribuna) Meland and her husband Edmund of Billerica, MA and Melanie (Tribuna) Schena and her husband Daniel of Tyngsboro, MA.

Richard's funeral will be held Tuesday from the Sweeney Memorial Funeral Home, 66 Concord Rd., Billerica, MA at 11 a.m. A graveside service will be held at the Pine Ridge Cemetery, Chelmsford at 12 Noon. Visiting hours will be held Monday from 4-7 p.m. Memorial contributions may be made in Richard's name to the NH Humane Society, 1305 Meredith Center Rd., Laconia, NH 03246. www.sweeneymemorialfh.com