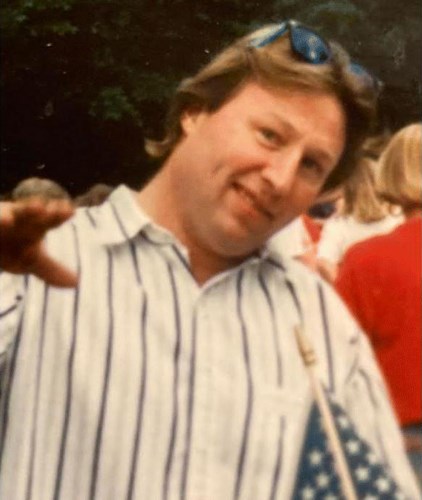 Bernard F. Rasmussen, 65, passed from this life into the next on Oct. 10, 2021. He is now reunited with his beloved Rose, who preceded him in death.

Barney was a devoted father, son and brother, as well as a talented mechanical engineer and a literal embodiment of music. He was master of both the piano and guitar, loved his family deeply, and sought to bring joy to all those he met during his time on Earth. He will be dearly missed.

Barney is survived by his daughter, Chelsea Rasmussen; his parents, Mary and Al Rasmussen; and his siblings and in laws, Terry and Joan Rasmussen, Mary Jo and Jim Vail, Lorraine and Rod Mannion, and Tim Rasmussen.

As Barney's love of music was legendary, we ask all those who knew and loved him to play their favorite songs, turn the volume up loud, and rock out in his honor.

Barney will be interred with Rose at Rosehill Cemetery in Chicago, Illinois. A public memorial service in Barney's honor will be announced at a later date. Palmer Funeral Homes – West Chapel is assisting the family with arrangements. Online expressions of sympathy may be left at palmerfuneralhomes.com

Published by La Porte County Herald-Dispatch on Oct. 15, 2021.
To plant trees in memory, please visit the Sympathy Store.
MEMORIAL EVENTS
To offer your sympathy during this difficult time, you can now have memorial trees planted in a National Forest in memory of your loved one.
Funeral services provided by:
Palmer Funeral Homes - West Chapel
MEMORIES & CONDOLENCES
1 Entry
Barney was a very nice, funny person who came from a great family. He loved people and they loved him. RIP.
Brian P Coleman
October 17, 2021
Showing 1 - 1 of 1 results