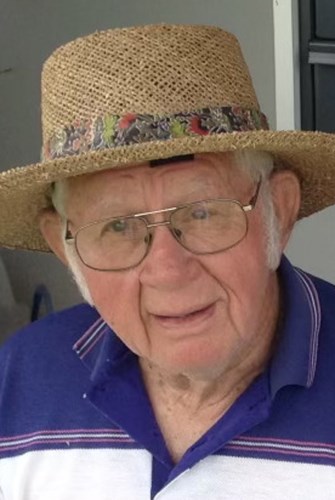 Gene was born on March 26, 1930, in Westville, Indiana, to the late George and Pearl (Barnes) Koontz.

Gene attended Westville High School. Gene was drafted into the United States Marine Corps and proudly served his country during the Korean Conflict. He worked as a sheet metal worker for more than 30 years. He was a coach for the Union Mills Little League for 14 years and served as an officer of the league. Gene and Marlene traveled the countryside following their grandchildren and great-grandchildren in all their activities for their remaining years.

After his service, Gene started his lifelong love of flying. He eventually earned his institutional pilots license and introduced his family and many others to the joys of flying airplanes. He continued his passion for aviation by flying model airplanes with his sons throughout his later years. Gene was an inventive and intelligent person who always took care of his family.

Gene is survived by his children, Teri Lee Aubin of La Porte, Jim Koontz of Hanna, Jeff (Kelly) Koontz of Union Mills and Steve (Maria) Koontz of Hanna; 10 grandchildren, William, Gregory, Craig, Stanley, Matt, Adam, Ryan, Kyle, Alexandria and Nicholas; several great-grandchildren; and his sister, Elizabeth Pike. He was preceded in death by his parents; his wife, Marlene; a daughter-in-law, Darlene Koontz; a son-in-law, Robert Aubin; and his sisters, May Rhoda and Mary Hill.

Please share prayers, condolences and memories with the family at EsslingFuneralHome.com.

Published by La Porte County Herald-Dispatch on Sep. 28, 2021.
To plant trees in memory, please visit the Sympathy Store.
MEMORIAL EVENTS
To offer your sympathy during this difficult time, you can now have memorial trees planted in a National Forest in memory of your loved one.
Funeral services provided by:
Essling Funeral Home
MEMORIES & CONDOLENCES
0 Entries
Be the first to post a memory or condolences.