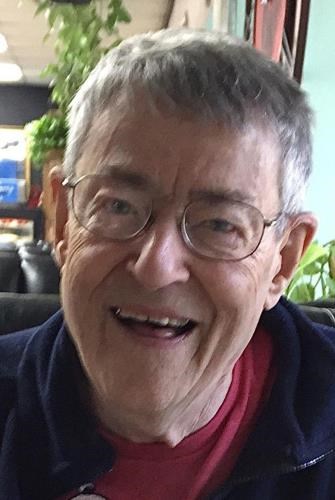 Jude (Amos) Ervin Hermsen, 87, passed away on Oct. 7 after a three week struggle with a breakthrough COVID case at St. Elizabeth Hospital in Appleton, Wisconsin.

Jude was born in Little Chute, Wisconsin, on Nov. 2, 1933, and fondly remembered his youth and friends of Little Chute. His father, Henry Hermsen, passed away when Jude was young so he was raised by his strong, single mother, Susan Hermsen.

Jude attended St John's College in Minnesota and ultimately graduated from the University of Minnesota. He started his studies in architecture and was a truly talented artist but, alas, not a mathematician so finished in marketing and started his job hunt.

Early in his work life Jude was traveling and met a beautiful woman, Shirley Hancock. Jude tirelessly wooed Shirley and they were married on Nov. 29, 1958. Jude and Shirley had five children together and spent the rest of their lives loving and caring for each of them.

In the early years of their marriage, Jude had multiple sales and marketing positions, mostly in building and construction. Along the way he picked up wonderful carpentry skills and was especially adept with cabinetry. After moving to La Porte, Indiana, in 1979, he continued in the building trades until he found a new interest and purchased a small shipping business, Parcel Port. They say one is fortunate if they love their work and with Parcel Port Jude found that love.

After he retired in the early 2000s, Jude filled his time traveling with the love of his life, Shirley, and spending as much time with their children and grandchildren as they possibly could. Jude also found new time to exercise his green thumb and always had flourishing plants inside and a bountiful garden outside.

Jude was a storyteller. Anyone who crossed Jude's path likely spent at least a few minutes listening to his stories. No story was ever too worn out to tell again…and again…and again. In fact, if you listened to Jude's stories enough, you had to wonder just how many jobs one individual could possibly have worked. Joking aside, Jude was indeed a hard worker and also a perfectionist, which sometimes stung him. Regardless of the pain though, he did not compromise his values.

Jude should be remembered as a father, husband, veteran, artist, avid woodworker, gardener and friend to many who crossed his path.

In addition to his parents, Jude was preceded in death by his wife, Shirley (2017), and his siblings Ralph Hermsen, Rachel Webers and Jerome Hermsen.

There will be no immediate services, but a date will be set for a Celebration of Life in Waukon, Iowa, in the future where Jude will be laid to rest with his wife, Shirley. Donations in his name can be made to St. Paul's Elder Services of Kaukauna, Wisconsin. To sign the guest book, please visit oconnellfh.com.

Published by La Porte County Herald-Dispatch on Oct. 14, 2021.
To plant trees in memory, please visit the Sympathy Store.
MEMORIAL EVENTS
To offer your sympathy during this difficult time, you can now have memorial trees planted in a National Forest in memory of your loved one.
Funeral services provided by:
O'Connell Funeral Home - Little Chute
MEMORIES & CONDOLENCES
0 Entries
Be the first to post a memory or condolences.