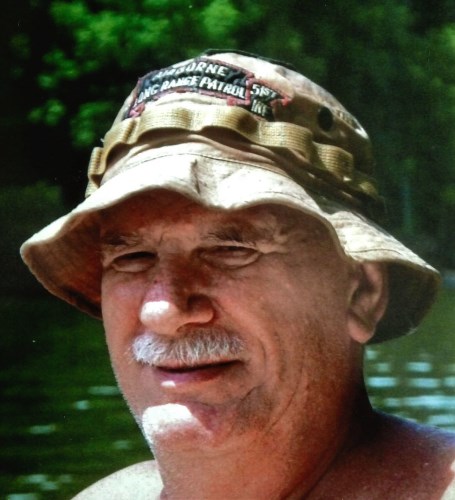 He was preceded in death by his parents; brothers, Clark (Kathy) Morris and Byron "Bud" (Lorraine) Morris; and brother-in-law, John Crakes.

The U.S. Army recognized Specialist (SP 4), aka "Lurch," for his honorable service with a Purple Heart. He was recommended for the Bronze Star Medal, with "V" device, for Valor in Combat, for circumstances surrounding an engagement west of Cu Chi, Republic of Vietnam, on Oct. 14, 1968, a day he recently referred to as "the worst-best of his service."

Keith worked 34½ years and retired from Bethlehem Steel Corporation at the Burns Harbor Plant, where he was mostly a crane operator and scarfer, aka "slab yard animal." After retirement, Keith drove a semi-truck for several years.

These vacations do not include the "every chance we get" day for excursions and adventures on Lake Michigan, Pine Lake and Rough River Lake, where he and Diane ultimately retired. He cherished teaching anybody and everybody to ski "the old school way."

During his life, Keith and his bigger-than-life personality especially enjoyed his family and friends, playing cards, horse racing, Purdue Boilermaker football and basketball, and he relished being an avid purveyor of random trivial knowledge, specifically regarding animals due to his many hours of viewing and interest in Animal Planet.

In recent years, he battled with several health issues, and in his usual way, he took everything that life threw at him as a battle to conquer.

Keith was loved and admired by countless nieces, nephews, great-nieces and -nephews, family and friends, and fellow brothers-in-arms, and will be greatly missed by all who knew him.

Friends may visit with the family on Wednesday, Nov. 17, 2021, from 4 to 8 p.m. at Geisen-Carlisle Funeral Home, located at 613 Washington St., Michigan City, Indiana, 46360, and on Thursday, Nov. 18, 2021, from 9 to 10 a.m. Funeral Service begins at 10 a.m. on Thursday at Geisen-Carlisle Funeral Home. Burial with Military Honors will follow at Swan Lake Memorial Gardens in Michigan City, Indiana.

Memorial contributions may be made to Wounded Warrior Project (www.woundedwarriorprojet.org) and Pancreatic Cancer Action Network (www.pancan.org/donate).

Published by La Porte County Herald-Dispatch on Nov. 15, 2021.
To plant trees in memory, please visit the Sympathy Store.
MEMORIAL EVENTS
Nov
17
Visitation
4:00p.m.
Geisen-Carlisle Funeral & Cremation Services - Michigan City
613 Washington Street, Michigan City, IN
Nov
18
Visitation
9:00a.m.
Geisen-Carlisle Funeral & Cremation Services - Michigan City
613 Washington Street, Michigan City, IN
Nov
18
Funeral service
10:00a.m.
Geisen-Carlisle Funeral & Cremation Services - Michigan City
613 Washington Street, Michigan City, IN
Nov
18
Burial
Swan Lake Memorial Gardens
Michigan City, IN
Funeral services provided by:
Geisen-Carlisle Funeral & Cremation Services - Michigan City
MAKE A DONATION
Please consider a donation as requested by the family.
MEMORIES & CONDOLENCES
7 Entries
Diane, Sorry to see your loss, what a guy KO was, prayers are with you
Paul Skwiat
Friend
November 20, 2021
It was great seeing Keith and Diane at our F Company reunions, He will be missed but not forgotten. Peace be with you.
Dick Moyer
November 18, 2021
Airborne - Ranger - Infantry So long my brother, hold the LZ until we all join you again.
Speedy
Family
November 17, 2021
RIP in Peace My Brother, Korea Veteran
Alfred Castro
Other
November 17, 2021
Sorry for the loss of Keith, A great husband, father and friend. He will be missed by many. Fly high Keith you earned your place in heaven. God Bless and rest in peace.
Jim and Cindi Oliver
Friend
November 17, 2021
We were not as close as many of his friends, but we have shared so many fond memories of his larger than life presence and hilarious sense of humor. He was a wonderful person and contributed so much to all of us and to his country. We're going to miss you.
Ben and Linda Pace
November 16, 2021
Rest well my friend your watch is over. We have your back.
Robert ( bob ) Chesko
Friend
November 16, 2021
Showing 1 - 7 of 7 results