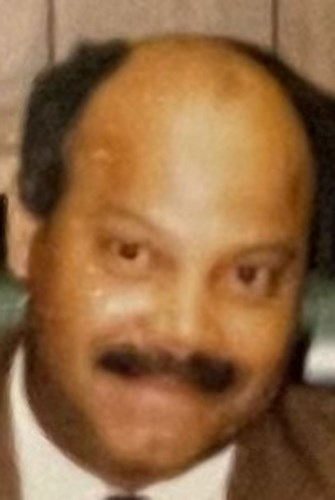 Martin was born Feb. 22, 1941, to Lee and Mary Louise Hayes in East Chicago, Indiana. Martin was a proud graduate of East Chicago Washington High School. He enlisted in the Air Force to fight in the Vietnam War. While he was stationed in England, he met Riitta Junes. They married in 1967 and relocated to the United States.

Martin was a devote Catholic and member of St. Stanislaus Kostka Catholic Church. He also served as the Past Charter Grand Knight of Bishop Andrew G. Grutka Council of Gary, Indiana, former District Deputy of Abraham Lincoln Knights of Columbus, Assistant Color Commander of Abraham Lincoln Assembly, Lector, Commentator, Apostolate of the Laity Leader Race Council Against Bigotry of N.W. Indiana, Dunes Coalition Against Death Penalty (Pro-Life), Board of Directors of Michigan City Senior Center, and United States Air Force Veteran. He was very proud to have traveled to 20 countries throughout his life.

What a legacy, what a life. We will use our lives to share you with the world.

Contributions may be made to St. Stanislaus Renaissance Campaign, 1506 Washington St., Michigan City, IN, 46360.

Published by La Porte County Herald-Dispatch on Sep. 29, 2021.
To plant trees in memory, please visit the Sympathy Store.
MEMORIAL EVENTS
Oct
1
Viewing
9:00a.m. - 11:00a.m.
St. Stanislaus Kostka Catholic Church
1506 Washington Street, Michigan City, IN
Oct
1
Funeral Mass
11:00a.m. - 12:30p.m.
Ott/ Haverstock Funeral Chapel, Inc.
418 Washington Street, Michigan City, IN
Funeral services provided by:
Ott/ Haverstock Funeral Chapel, Inc.
MEMORIES & CONDOLENCES
1 Entry
May God bless all the Martin Hayes family during this time. His legacy will not only live on through his children and grandchildren, but his relatives and friends as you all had to opportunity to be a part of his life, his adventures and his blessings. You have our deepest sympathy. Phillip and Diane Rice
Phillip and Diane Rice
Friend
October 1, 2021
Showing 1 - 1 of 1 results